Everything is Waking Up 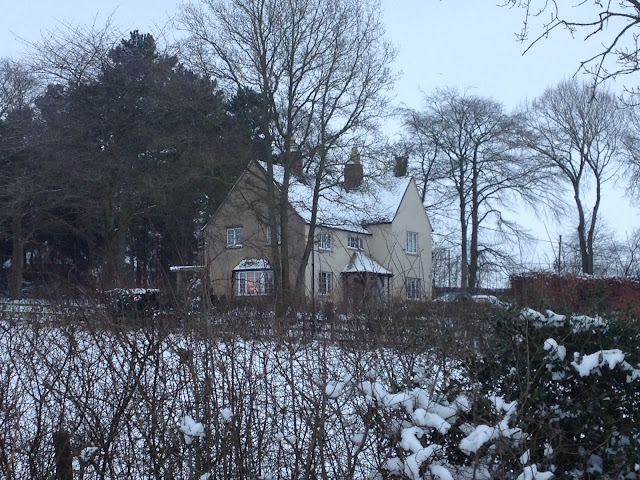 My computer has been asleep for almost ten weeks now. In December, we moved house again (see above), and until yesterday we've been without internet or a landline the entire time. (Waiting for the British Telephone guy is a lot like Waiting for Godot-he just never shows.) This is the reason I haven't posted here since before Christmas, but neglecting my blog has been the least of the inconveniences I've experienced living offline. I remember reading an article in the New York Times a couple of years ago about a couple living the simple life in a yurt in remotest Alaska-they decided they could live without indoor plumbing, but not without broadband. So I don't feel too whiny by saying that I haven't really enjoyed living like a Luddite, cut off from Google maps, online grocery shopping and the math website Jake's meant to be using for homework.

Anyhow, I'm back now, and looking forward to sharing some new ideas and inspiration, and maybe finally getting some stuff up in the shop portion of this site for those with Etsy aversions. For now, I'll start off with just a few photos of what's been going on around here in the couple of months since we moved, and will get back to more regularly scheduled posting soon enough. Thanks to those of you persistent enough to check back after such a long hiatus! 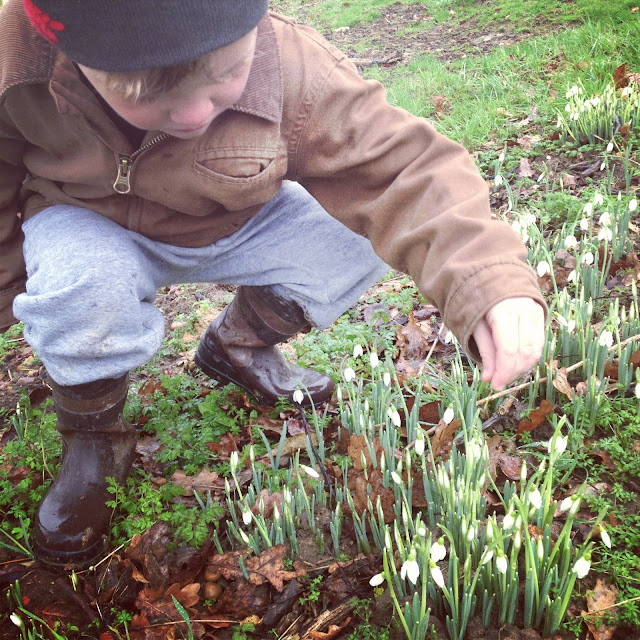 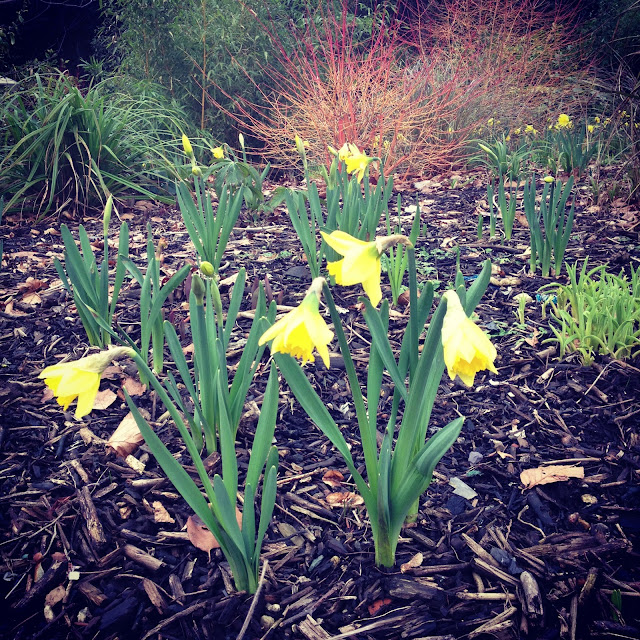 Signs of spring are everywhere. After the snow melted away, the snowdrops started coming up. They're all over the place now, so I'm starting to believe again in the possibility that spring weather will actually follow, eventually. At the local wildlife park, and elsewhere, the daffodils are up too. 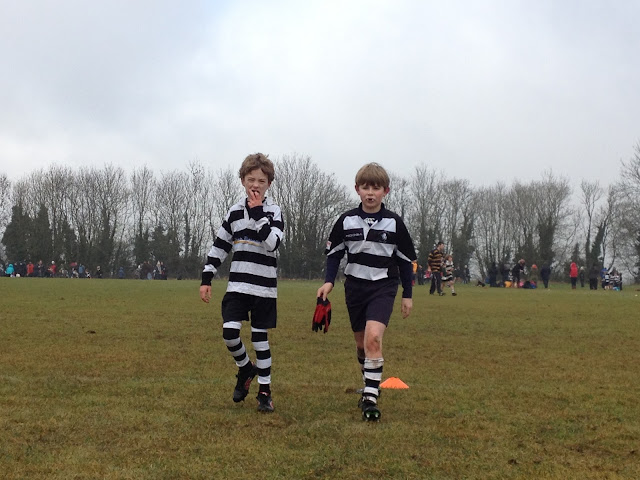 Jake has started playing rugby on Sunday mornings. The club is very well organized and he's got a few friends who play also, so I'm happy about it. I'm less thrilled about the fact that very often these days he can be found hurtling across the room with his arms stretched out, headed straight for my calves to practice his tackling. 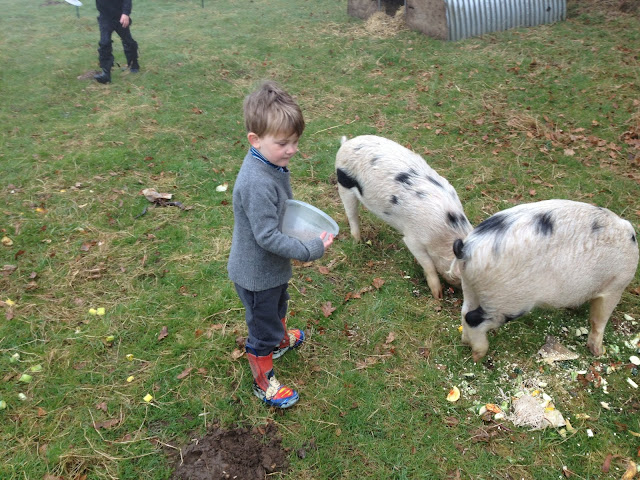 Michael, more so than the other boys, is thrilled about our new pigs, and walks up to the field with me every afternoon at five to give the girls their tea. Henry does the 7 a.m. feed, since he's the only early riser among us. Our two seven month old girls (whom Henry is calling Crack and Ling) are Gloucesteshire Old Spots. Our plan is to keep one to for breeding and one for eating. I dread the day when we'll have to choose which is which. 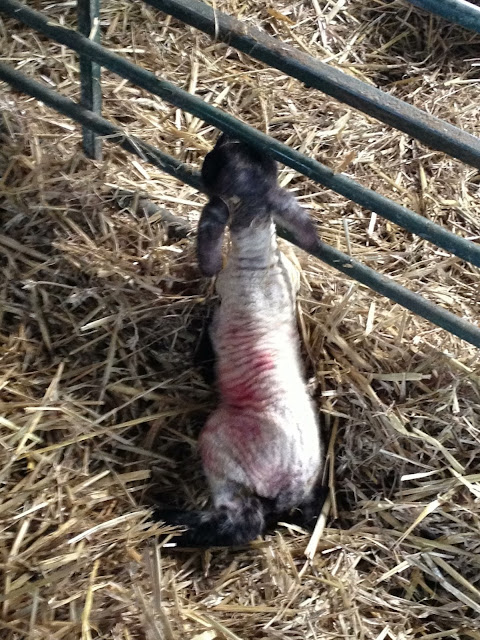 To further enhance our Cotswold dream life, the field next to the house is currently dotted with lots of beautiful sheep. They're not ours, but our neighbor Kitty has lent them to us to help us get the field in shape for planting wildflowers. (Look for a post in the future about Henry's plans for beekeeping: he just came back from a weekend in Coventry where he learned everything he'll need to know to get started with that.) Thanks to the sheep, Charlie and Michael got to see a newborn lamb last week (above)-they missed  the actual birth by just a few minutes, but there should be plenty more opportunity for that in the coming weeks. 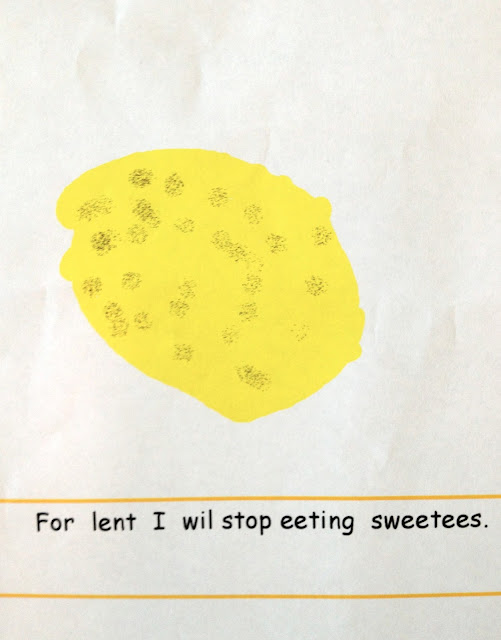 Further evidence that spring is coming soon is the lenten season. We're not practicing anythings in terms of religion, but the boys do have some religious studies at school, and Charlie brought this home a couple of weeks ago after learning about lent and Jesus having to give up food and water for forty days. His resolve broke on Valentine's Day, shortly after lent began. I don't think any less of him for it.

I hope you're also enjoying the slightly longer days that are slowly creeping in as we enter the final stretch of winter. xx