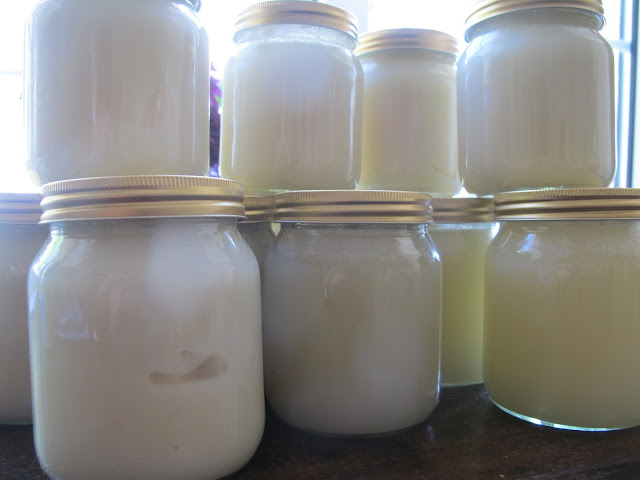 It's been just over a year since my family moved from Brooklyn to England, which, although that can't possibly be right, is true. Also hard to fathom right now is the fact that summer is effectively over, but the facts support that claim, too.  (For instance, the kids are back in school today, hence the reason I have time to write this post.)

What follows is a roundup of what we've harvested this summer from the insects, animals and earth around us. We can't really take credit for most of it. The bumper crop of honey we harvested (see jars above) is obviously all down to those hardworking bees. The raw fleece, which I hope to both spin into yarn as well as make some felt from, is simply the byproduct of some sheep shearing. Even the vegetables from our garden, though we watered and weeded it, are a credit to forces way larger than any of my people. But we're taking up all of these gifts with as much gratitude as possible (all of my boys yesterday, unprompted by me I swear, said "Thank you, bees!" before digging into their chunks of oozing honeycomb after lunch).

Today I'll post about two of the four contributors to our harvest; the bees and the flowers. My next post will cover the animals and the earth.

PART I: THE BEES 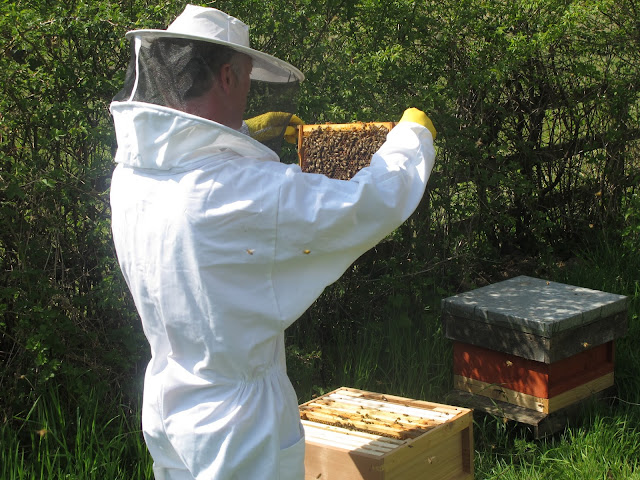 Henry has proven to be a natural at beekeeping, and his three hives have flourished in this first year. Charlie learned about bees at school last year and has been keen ever since, so he has his own suit and is Henry's very able bodied assistant. 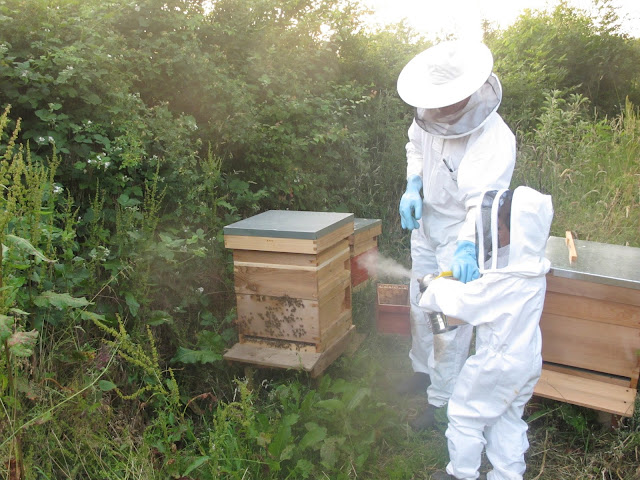 Charlie especially loves smoking the bees. It chillaxes them before we take out the frames to extract the honey. 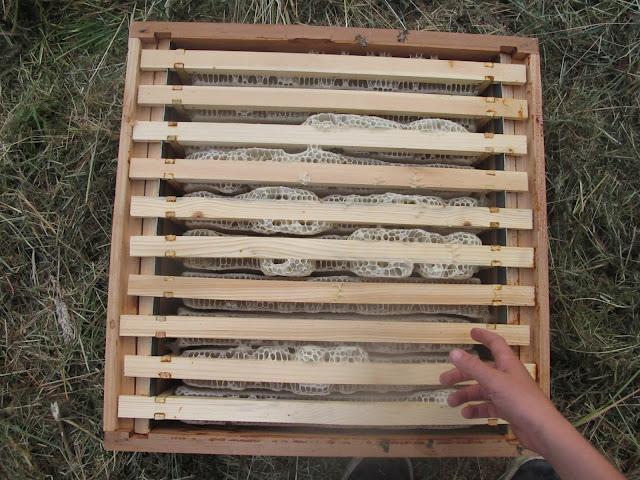 Those frames are heeeaaavy. Underneath all of those beautiful waxy combs is liquid gold. 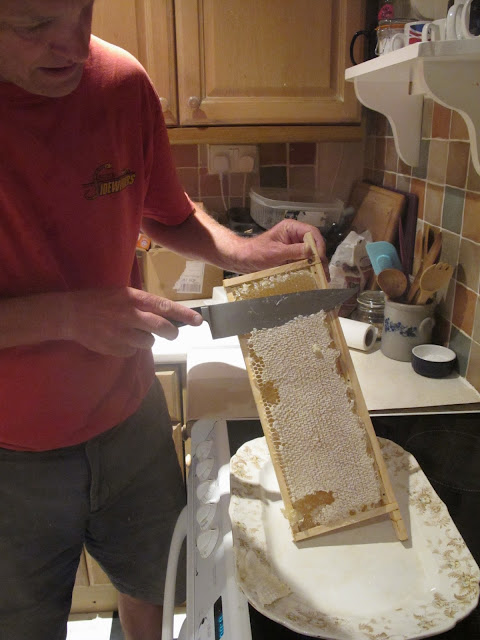 Henry demonstrates how a pro slices off the top layer of comb before putting the frames into... 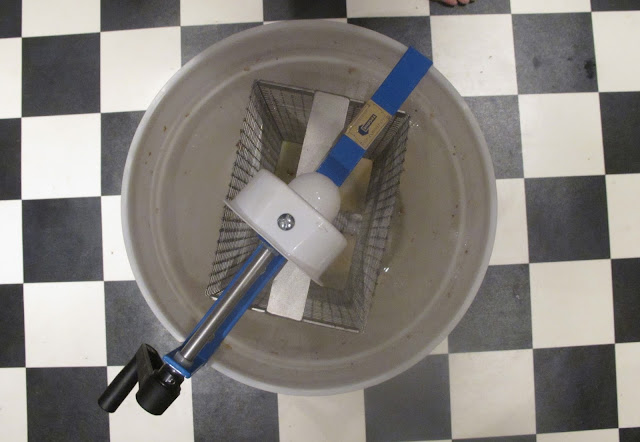 ...the extractor bucket. A frame of honey gets stuck into either side of the metal cage. Turning a handle whizzes them around to get the honey out of the comb. Super high tech, very effective. 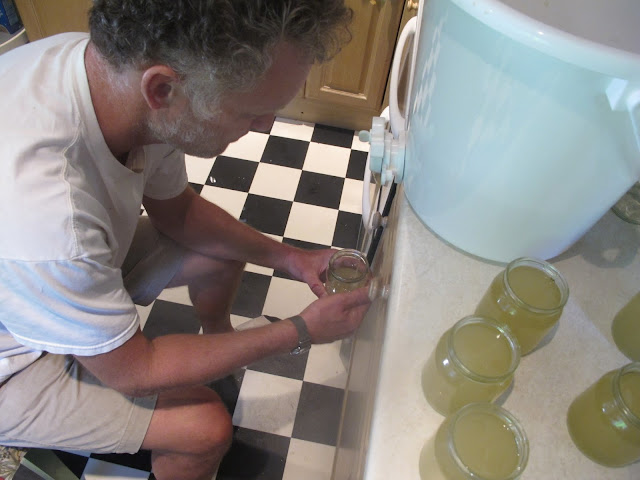 The extractor bucket has a spout at the bottom so you can pour your honey into jars. This batch is mostly made from oilseed rape blossom, which grow profusely on the farm and look like this: 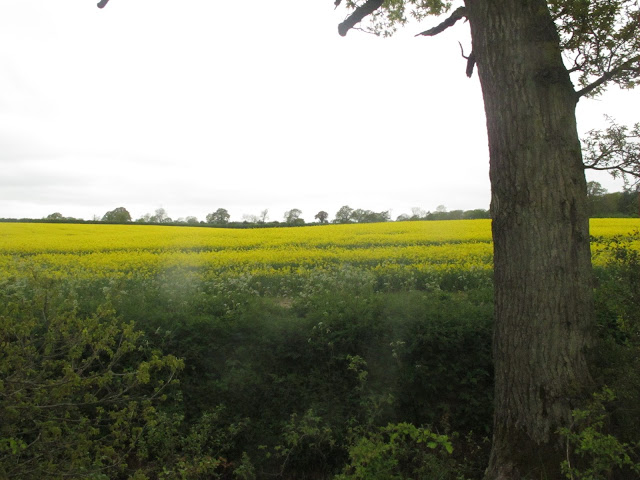 In late spring the countryside is covered in beautiful swaths of these gold flowers. The seeds are harvested in the fall and pressed into cooking oil. This kind of honey eventually crystallizes and sets into hard white honey. Jake totally turns his nose up at grocery store honey now.

I'm crap at identifying local flora and fauna, but in June I started picking up on the unmistakable scent of chamomile during my runs. I saw all these daisies out in the field, and on closer inspection found out that they were chamomile (which are a type of daisy). The boys helped me harvest a bunch of it, which I dried and put into jars. I don't love chamomile tea to be honest, but I might use it in bath salts or soap making. 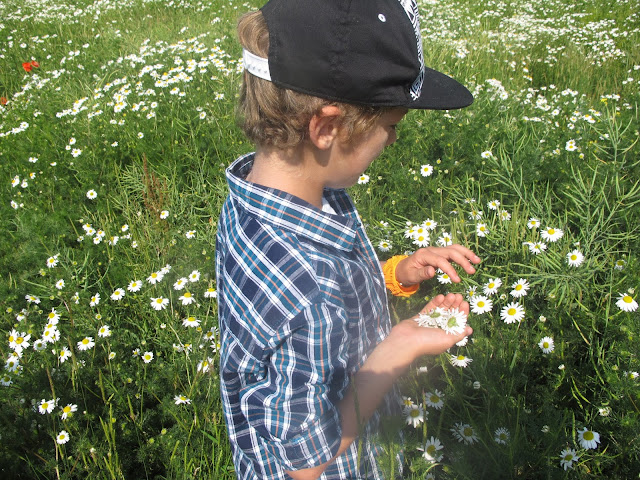 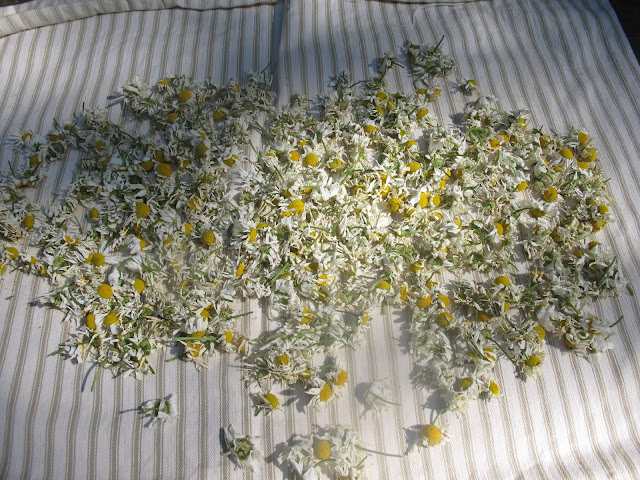 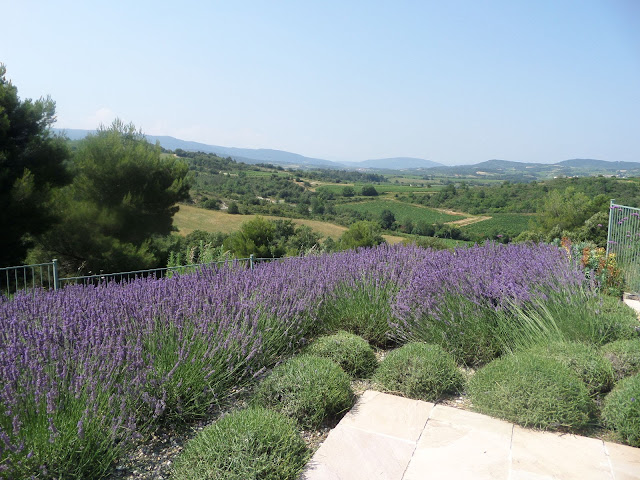 Although I did gather some lavender from home, I have to confess that most of my supply this year was gathered in France, where our friends Dave and Rachel have a house lousy with lavender. We collected a LOT of it, and spent an afternoon around the table stripping the flowers from the stems. We carried it around in a pillowcase in the car as we cruised around France for several weeks. Now most of it is in jars in my studio. 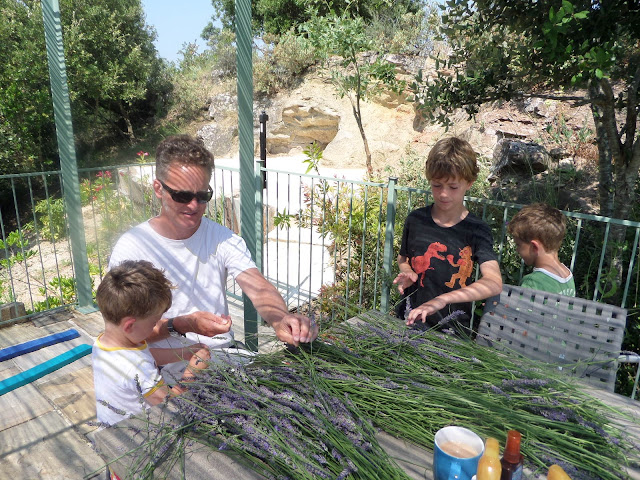 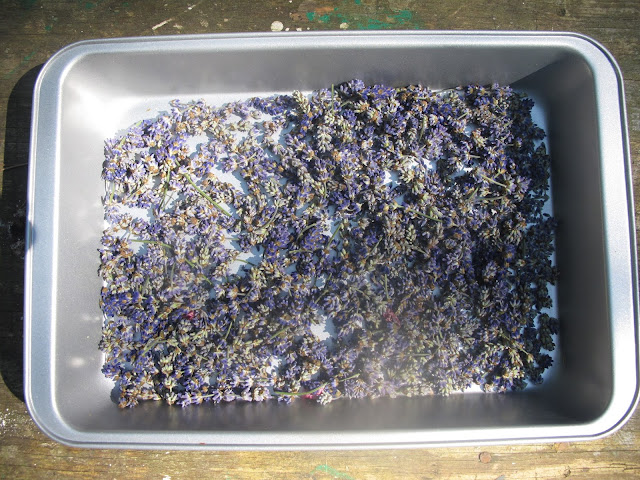 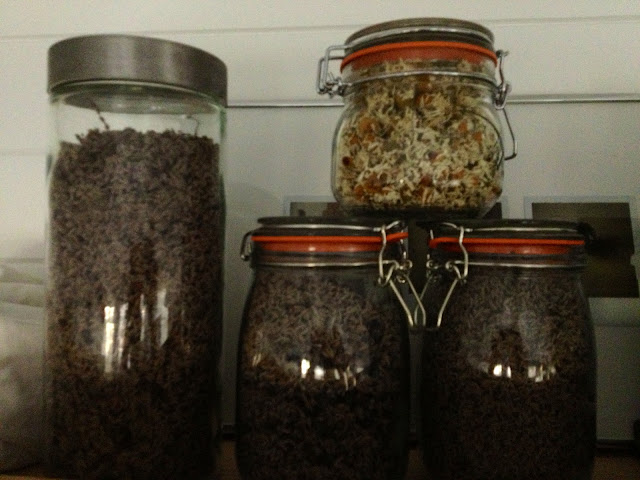 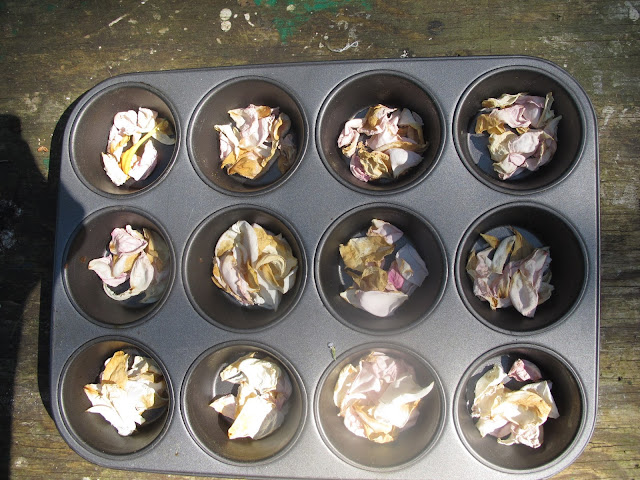 I managed to gather a few rose petals also, which are from my mother in law's garden down the road. Because I don't know much about flowers and plants I stuck to gathering the basics this year. One of my goals for the coming year is to learn a lot more about local and native plants and herbs. My great grandmother knew all about edible and medicinal plants around her native Kentucky, and I want to do the same here. I'll let you know how that goes.