I Went to the Animal Fair 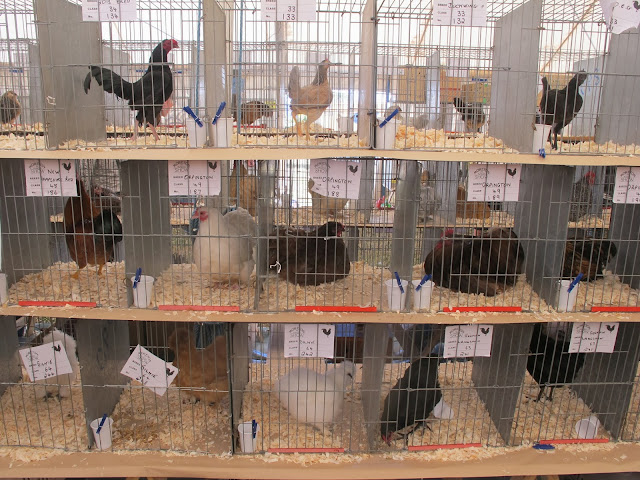 Around here, tis the season for village fetes, harvest festivals and agricultural shows large and small. Last year I posted about a a day we spent at one of the local village fetes, in that case, the Wychwood Fair. This year I want to share images from a similar affair called the Moreton Show. It's bigger (though not necessarily better) than Wychwood, and is focused more on agriculture than on artisans. Alas, there was also a proliferation of solicitor (law firms) and real estate agent tents, and merchants selling kind of crappy tweed jackets.

I love the Moreton Show for the huge variety of farm animal breeds on display, particularly in the poultry tent, which I sadly walked away from empty handed. But I saw some otherworldly looking chickens, as well as some familiar breeds, in additional to a smattering of turkeys and geese. Here are a few. 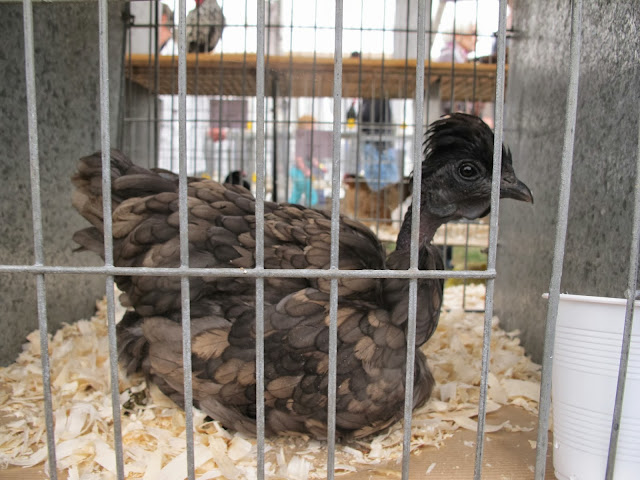 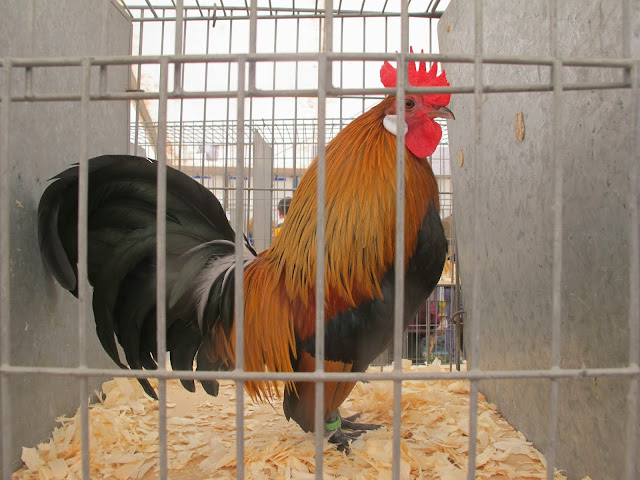 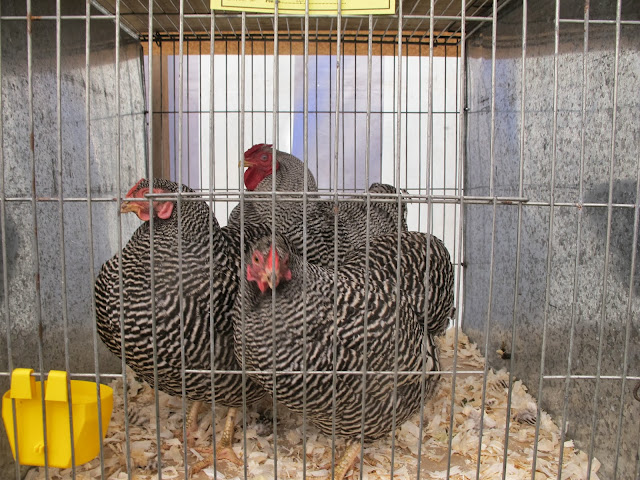 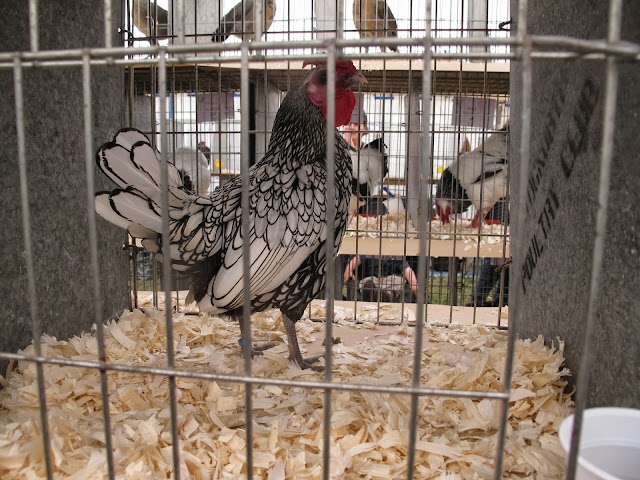 The wool tent was also amazing. There were bins of wool from various breeds of sheep, and I loved that my kids and I were allowed to touch it. We came out of there with very soft hands. Nearby I saw a woman doing a spinning demonstration using the same Ashford wheel I have at home, though my wheel is still in pieces in the box so not nearly as effective as hers. Turns out she lives very nearby, and gives spinning lessons. I'm going to call you, Sarah! 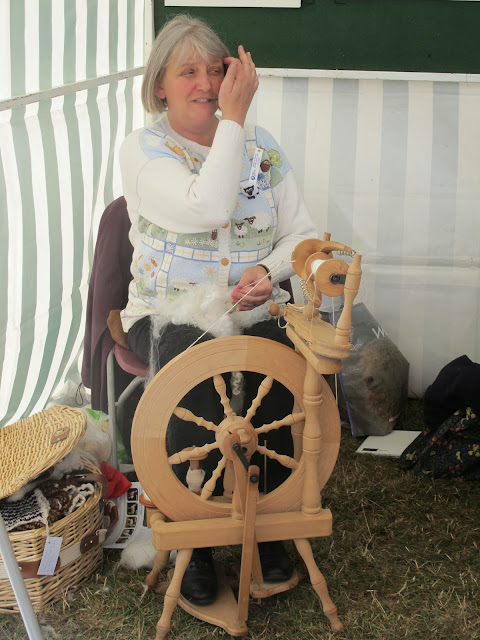 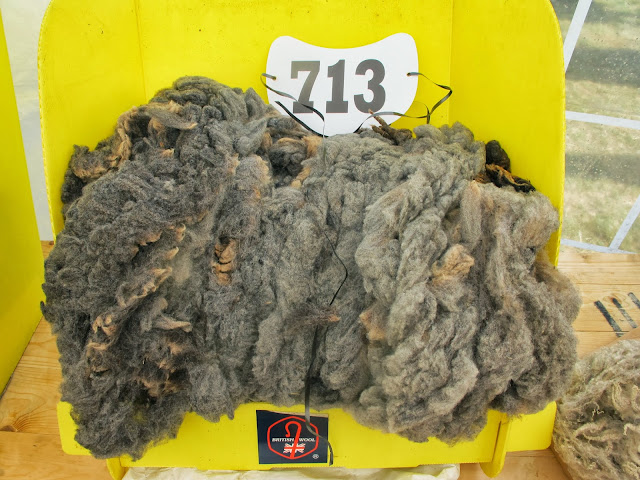 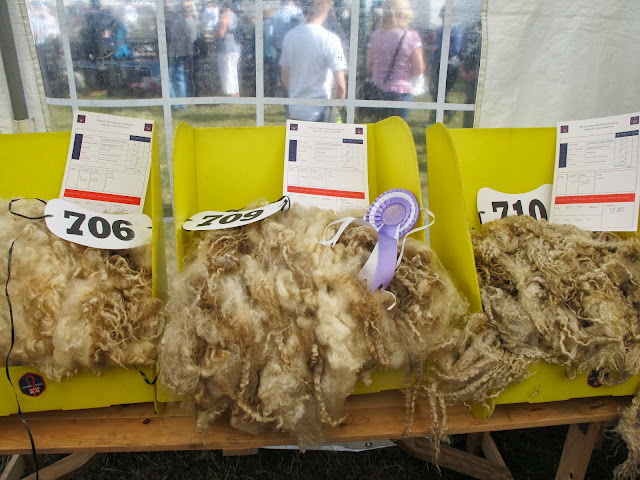 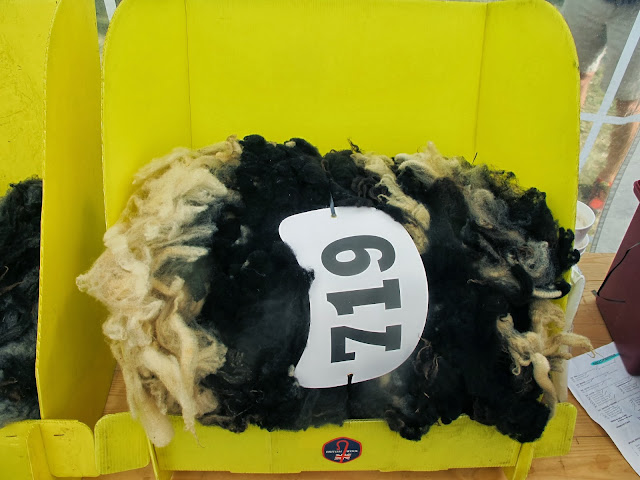 We also spent a few minutes watching a blacksmithing demonstration. My boys were mesmerized, especially Charlie, who later came home and found a hammer with which he flattened one of my teaspoons and also smashed apart the stone ledge outside of the kitchen window. So we had two blacksmithing demos that day. 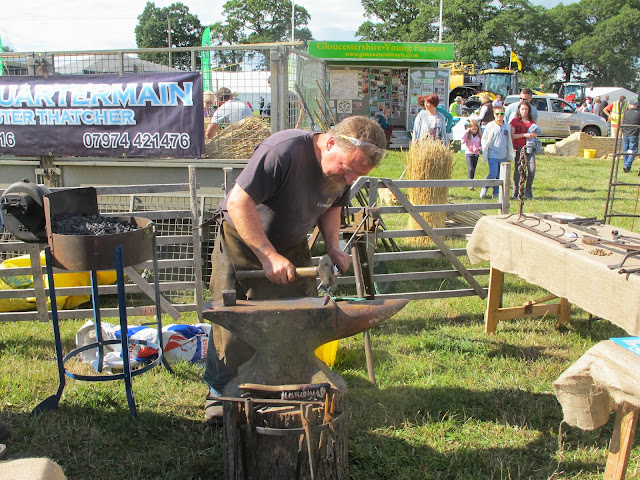 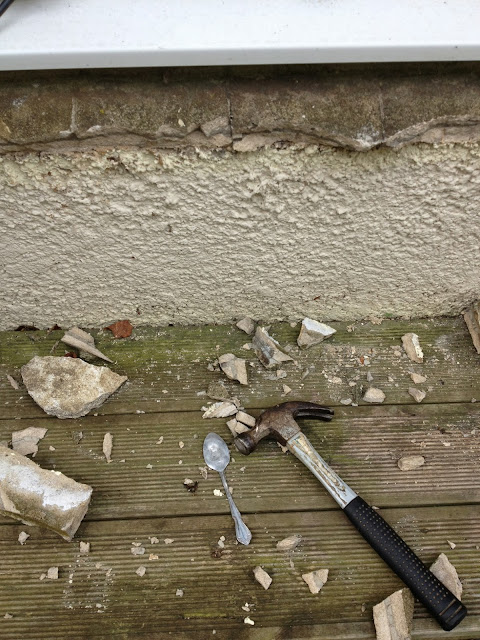 The Gloucestershire Young Farmers Club had a tent on site, though I was a little disappointed that they couldn't rustle up a live animal for their hands on milking demonstration. I mean, I didn't really need to leave Brooklyn for my kids to milk wooden cows. But we put our names on their email list anyhow. 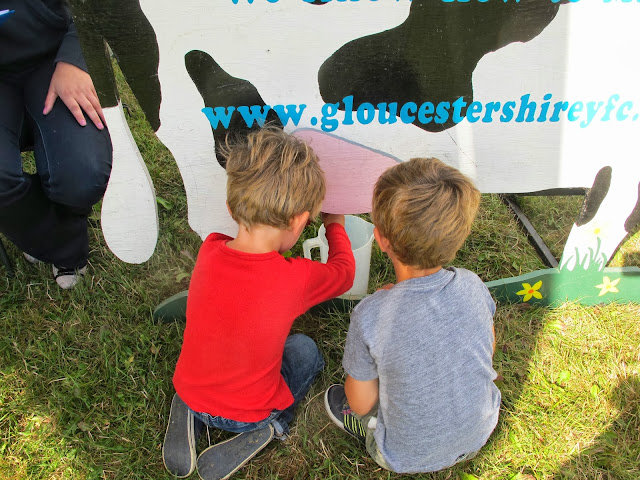 Have you been to any county fairs lately? If so, I'd love to see your pics, so please share links in the comments section below.