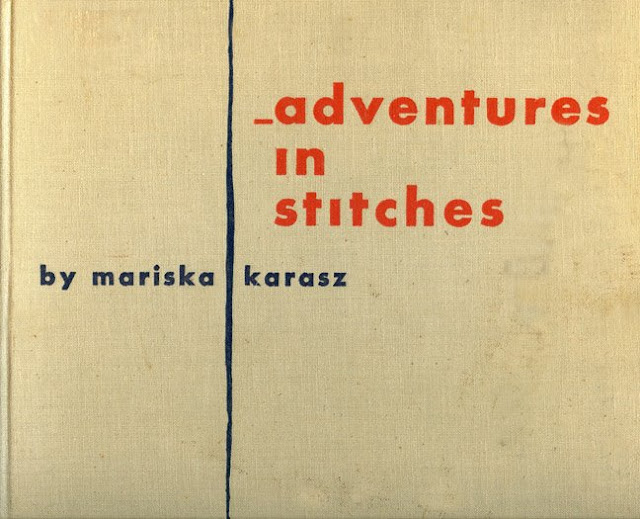 As a follow up on a recent post I wrote on the Burford Needlecraft Shop, I thought I'd bring to your attention the amazing needlework of the late Hungarian artist Mariska Karasz. Karasz had a successful career in New York the 1920's and 30's as a clothing designer, but later abandoned that path to pursue needlecraft as a fine art. Her work is extraordinary not only for its masterful craftsmanship and beauty, but because it can be seen as a precursor to the feminist arts movement of the 1970's. Before Judy Chicago and Miriam Schapiro began incorporating traditional women's crafts into the fine arts arena (at Womanhouse, for instance), Karasz had begun to establish textile arts as a new field unto itself. I found her book (pictured above) on Amazon. You can visit the website about her here. 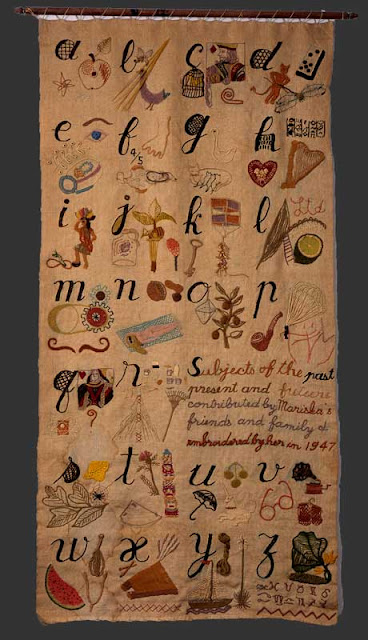 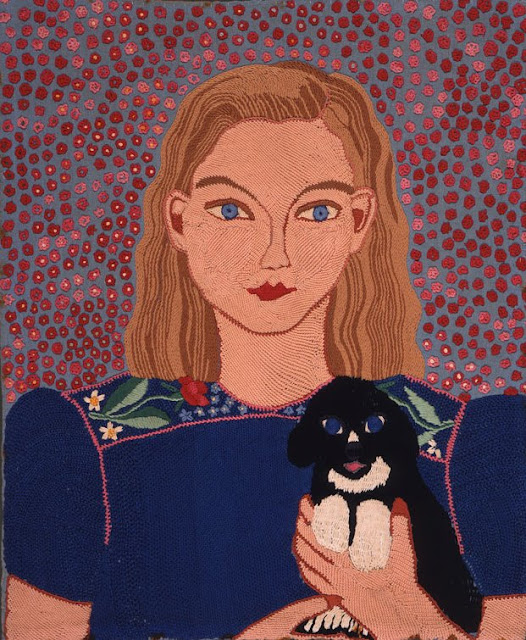 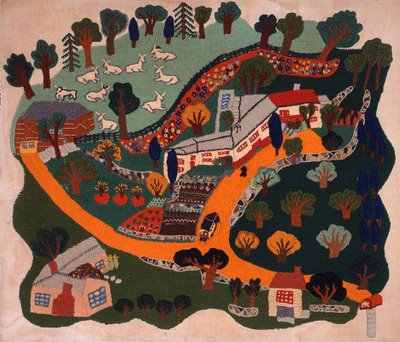 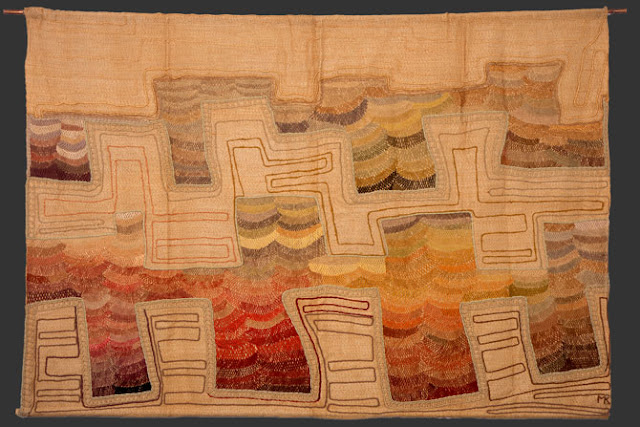 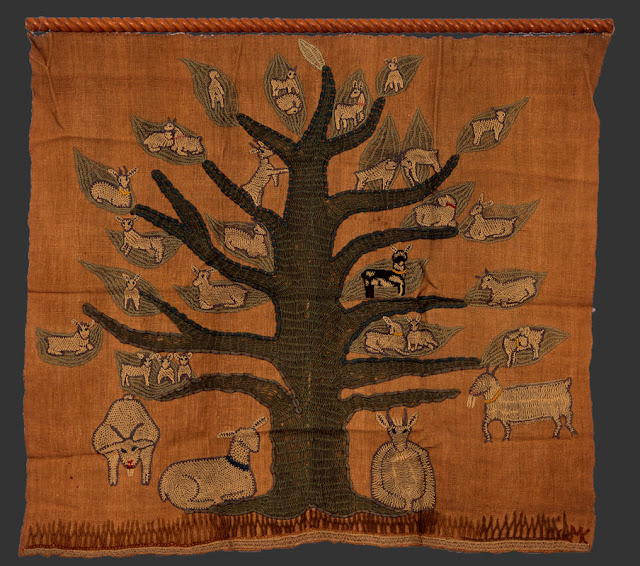 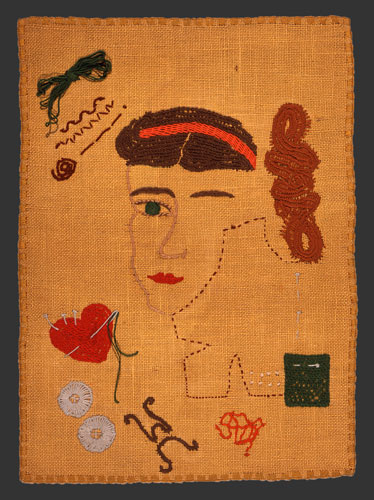 Amazing, aren't they? I love embroidery as an alternate method of drawing, and her images convey the possibilities that the medium affords.

On a totally different and more humble scale, below are a few images of projects I've worked on lately that incorporate embroidery. The first is a floral drawing I've done on some white linen which I wanted to look like crewel work (which wasn't too successful, hence the crewel kit I bought in Burford recently). The second is a pair of baby booties I made for a friend's bun in the oven using this tutorial from the Purl Bee Blog, which uses only a blanket stitch around the bottom. The third is a blanket I also made for said bun, which is variegated purple floss on purple linen with a wool felt backing. I traced different sized embroidery hoops onto the linen for my circles, then just added running stitches. 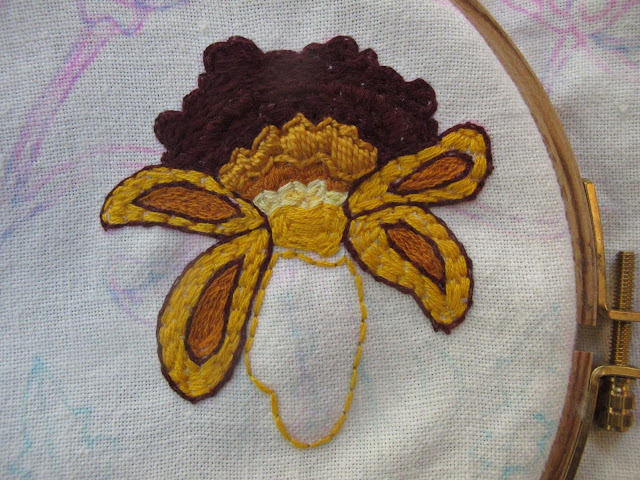 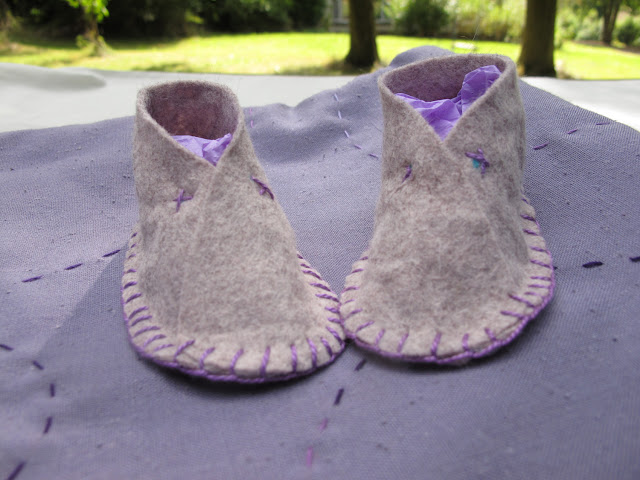 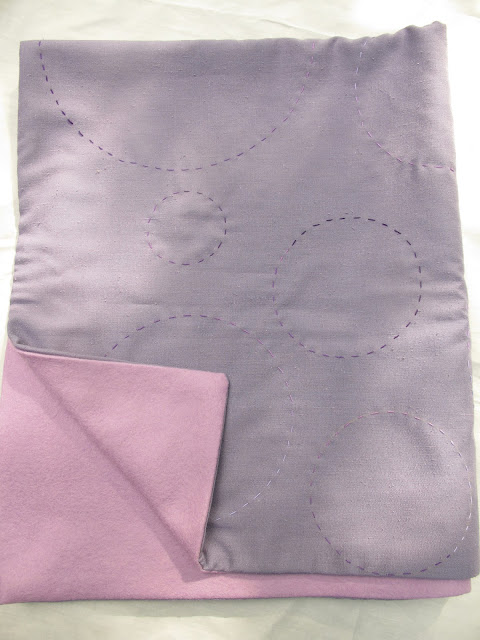 Now, back to my last minute preparations for some small person's birthday party tomorrow. Twenty three felt crowns, satin capes and glittery sceptres were completed in my studio at nine o'clock last night. More on that to follow.
Posted by Leslie Astor at 2:26 PM