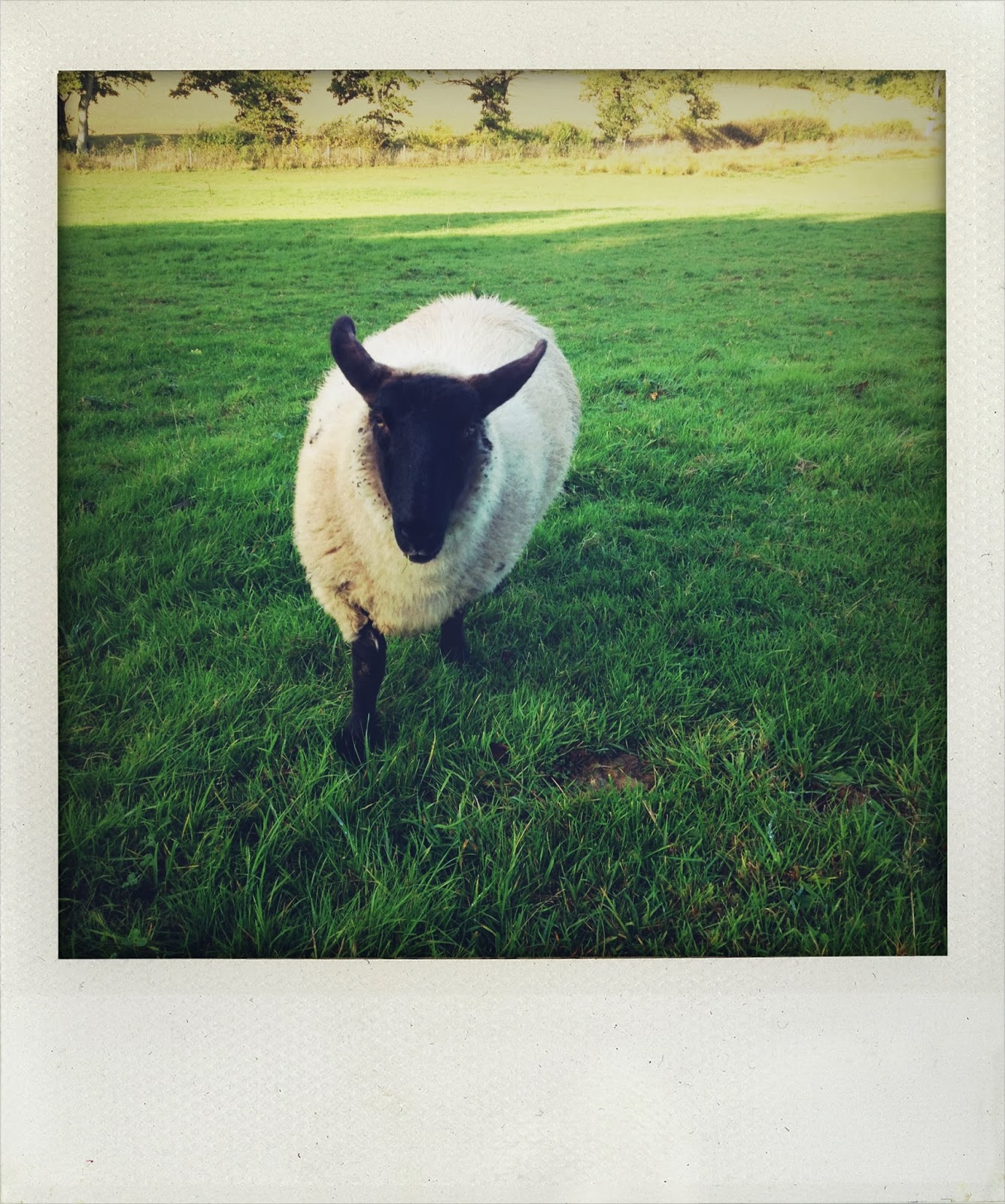 Almost a year ago, we adopted two orphan sheep. We kept them in a pen in the garage under a heat lamp, where they were bottle fed, held and coddled. We named them Johnny and Violet. Although we're omnivores, there was no question that these two animals would remain pets. 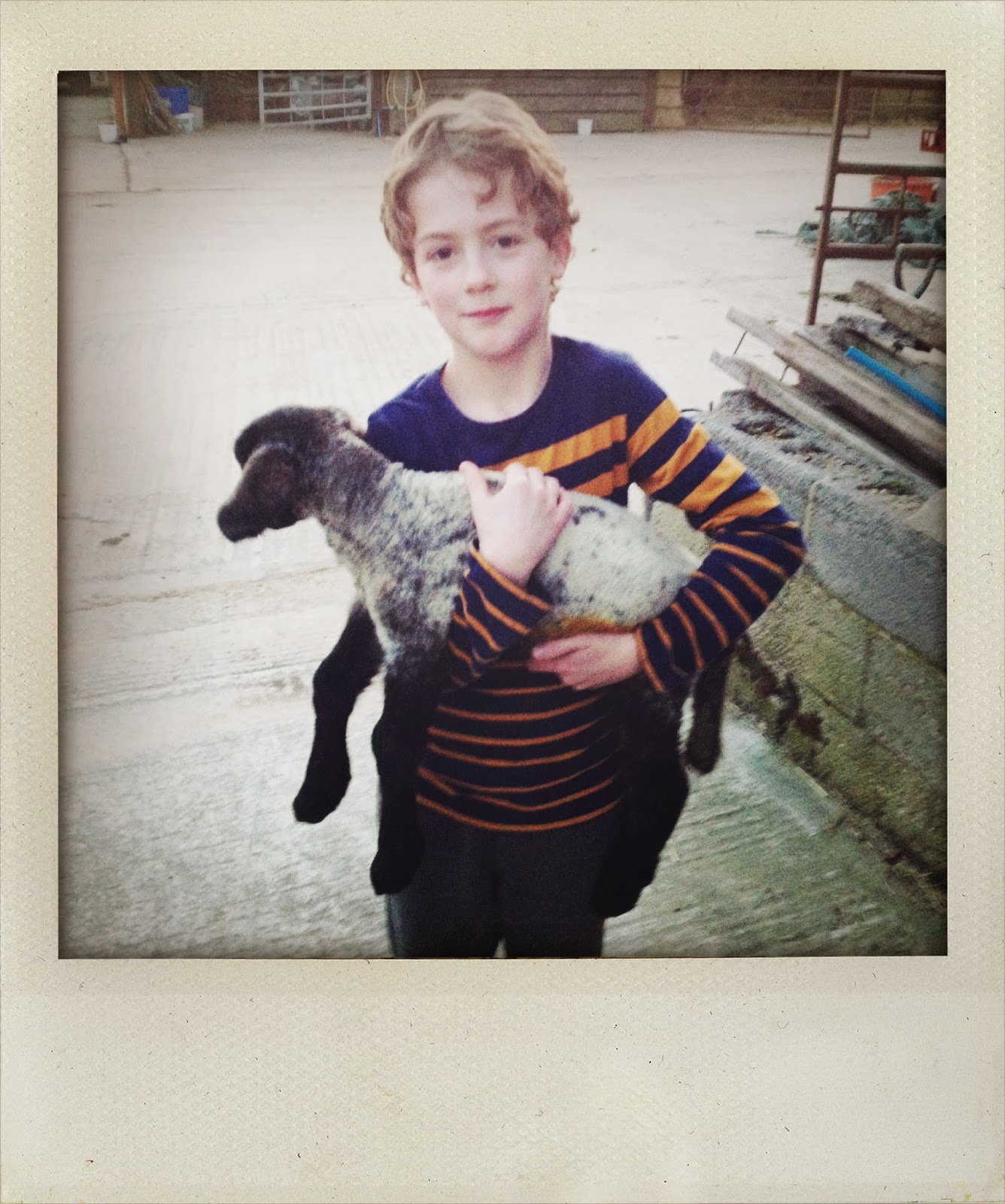 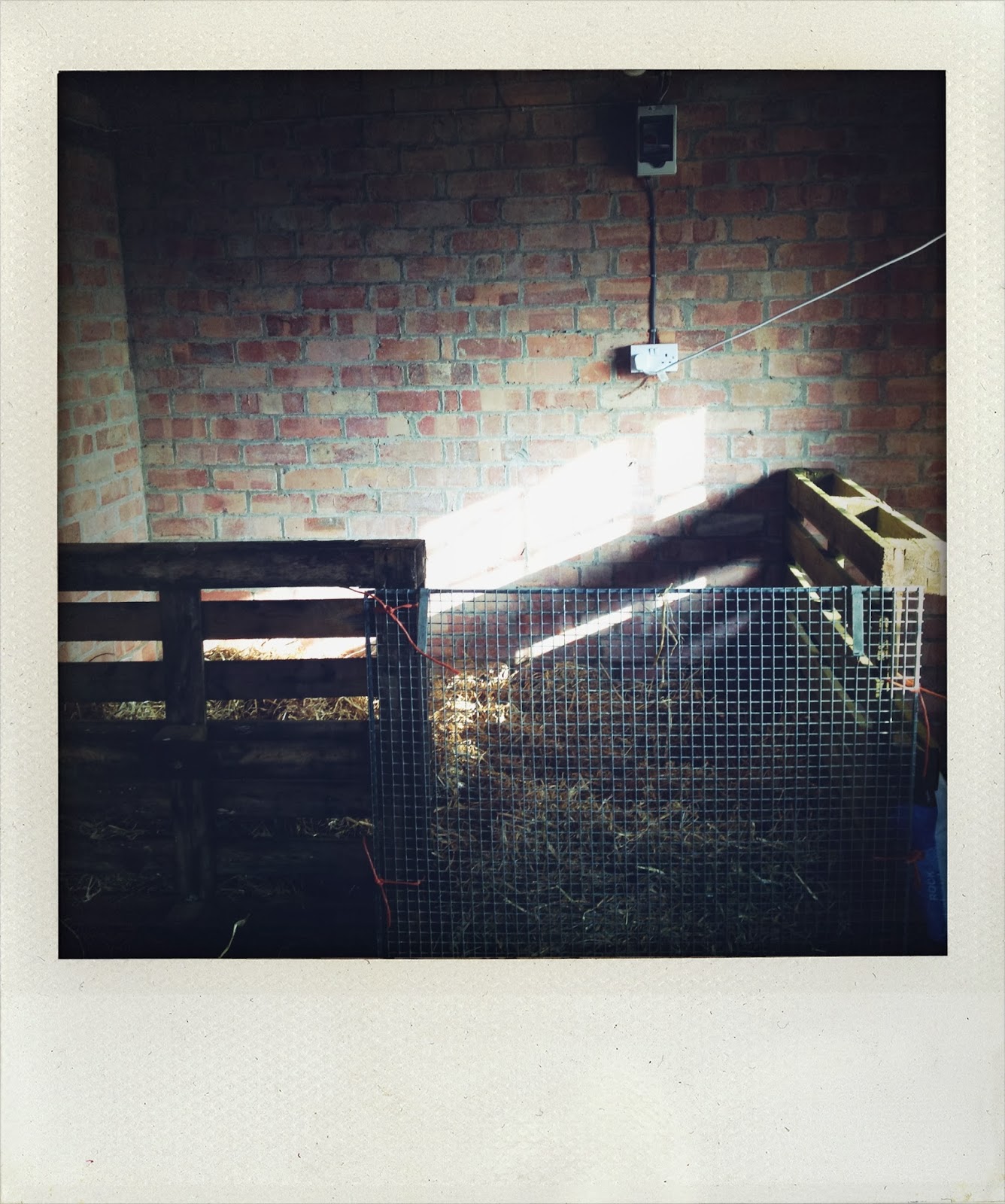 The pen in the garage. 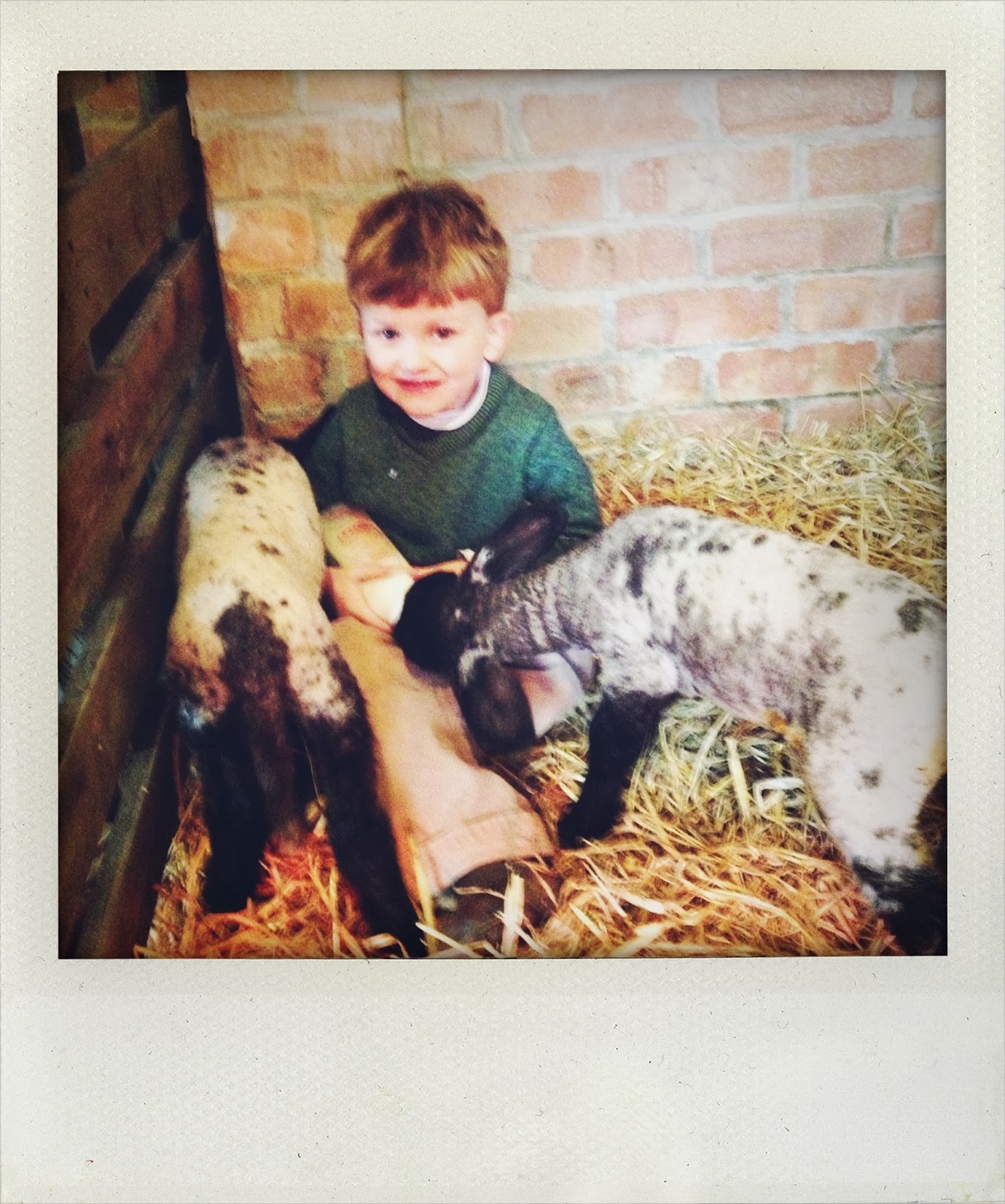 As they grew, they were moved into a larger outdoor pen, where they got to know the horses, chickens and pigs with whom they'd be sharing a field. 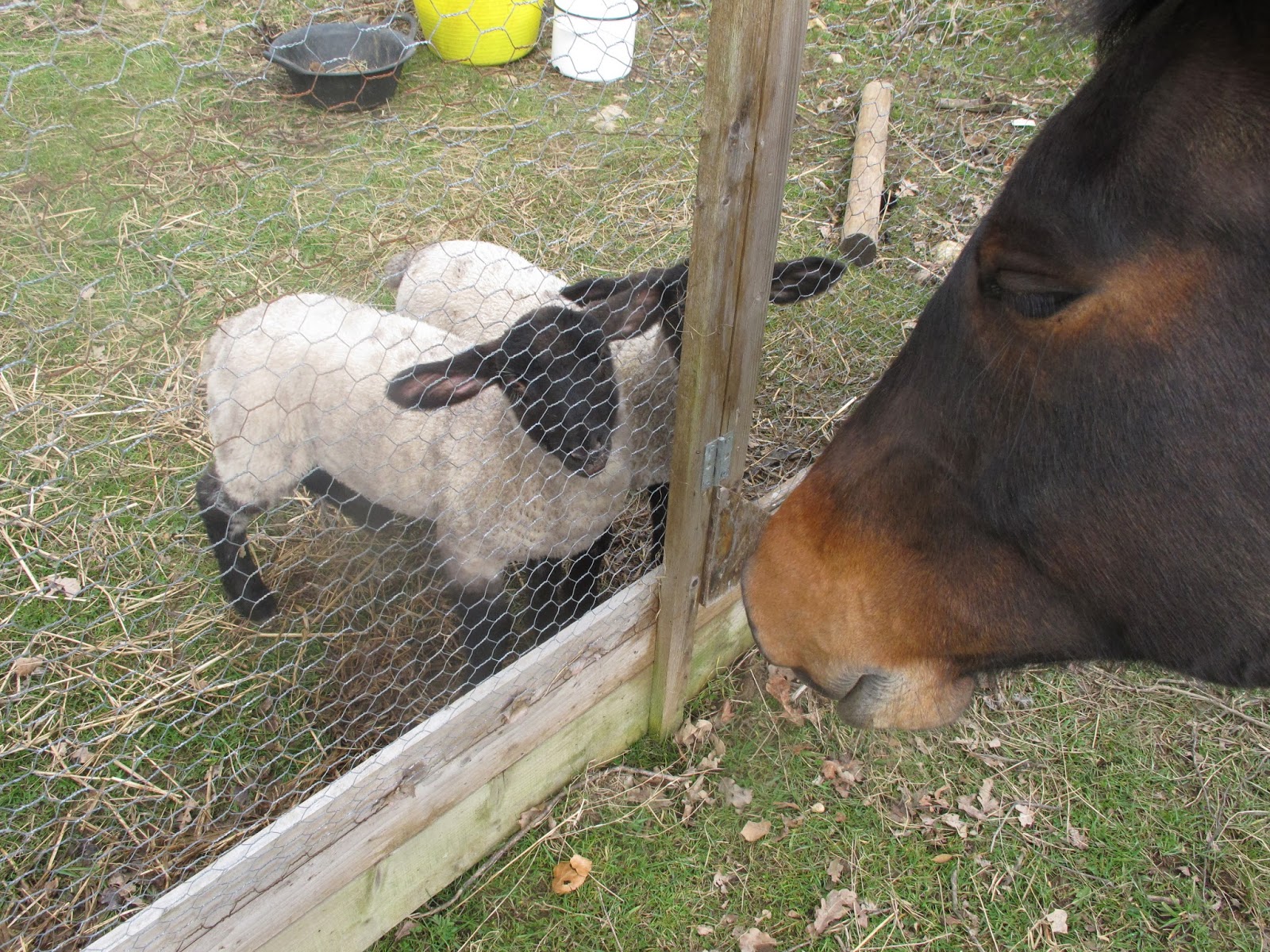 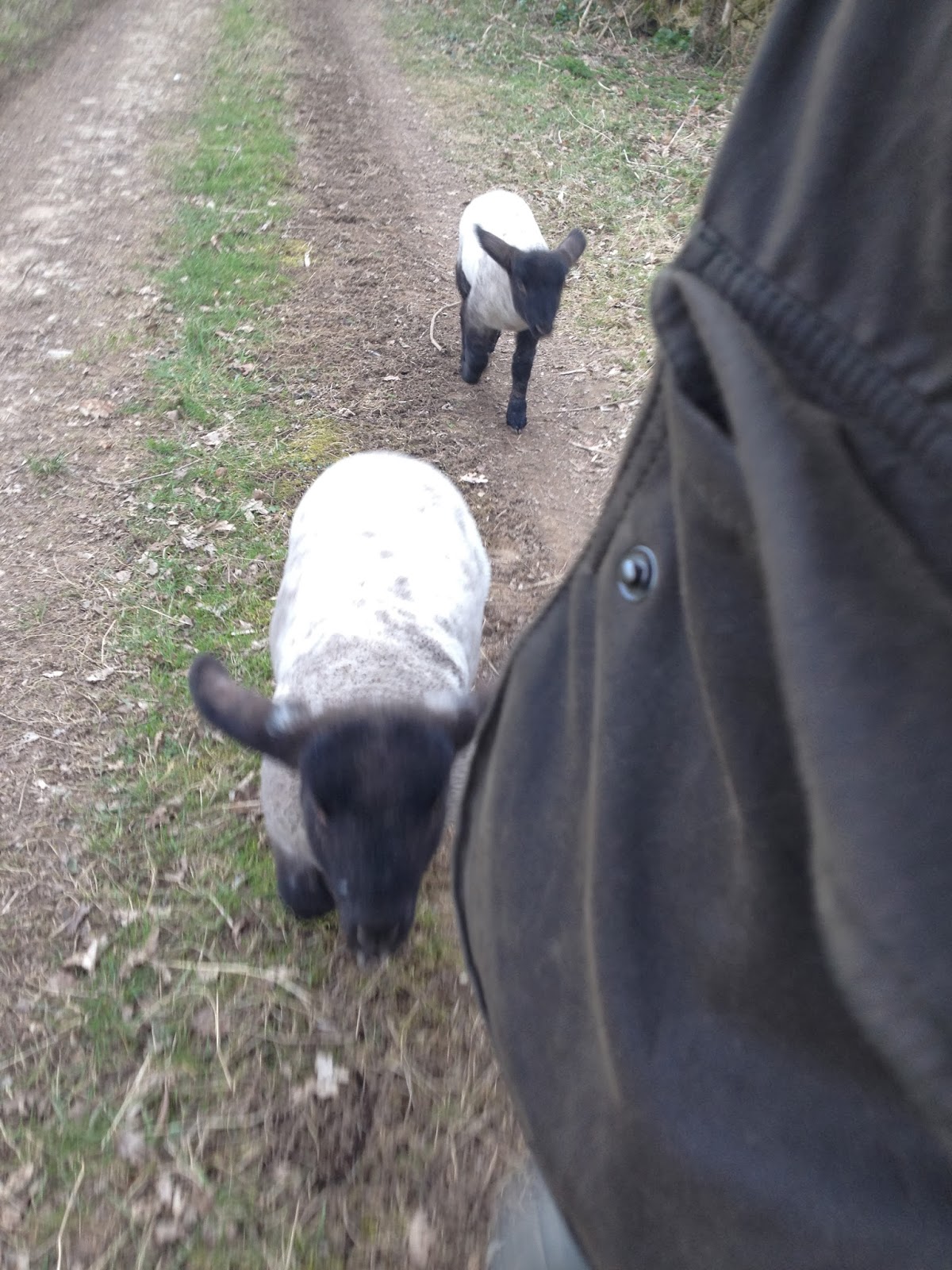 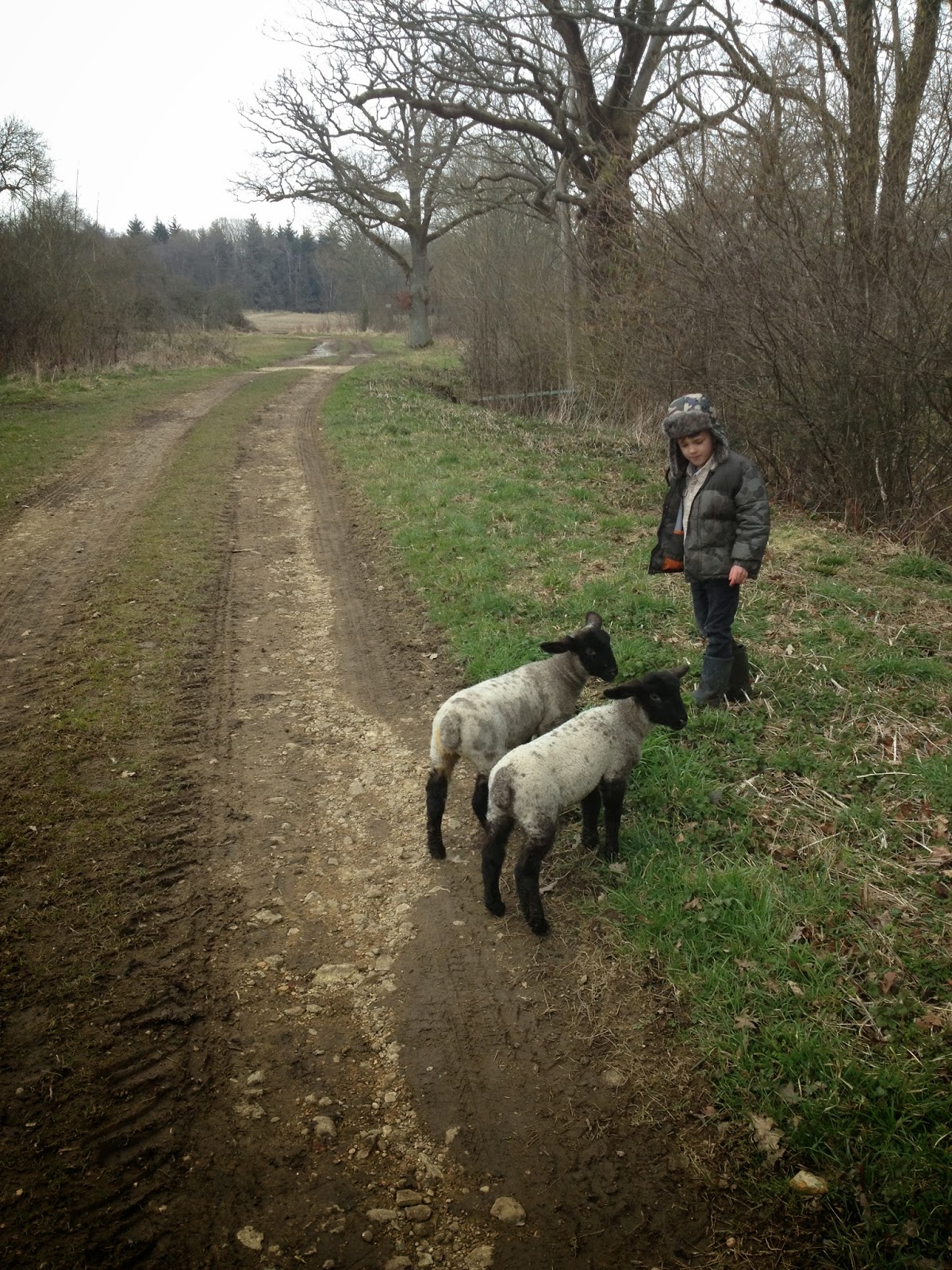 We began taking them with us on walks, and they were as companionable as any dog. (One of my sons is allergic to dogs, so we sometimes improvise.) 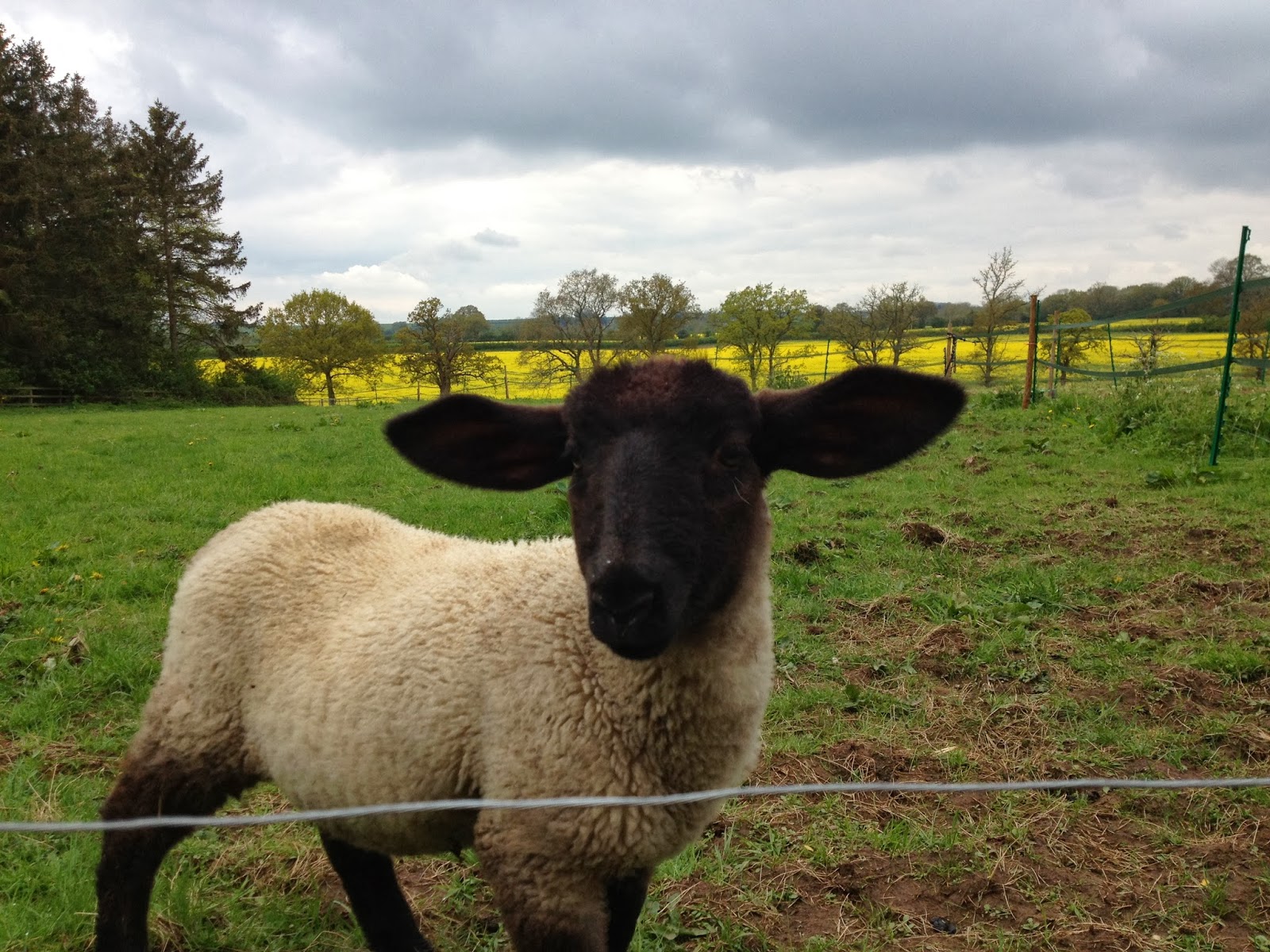 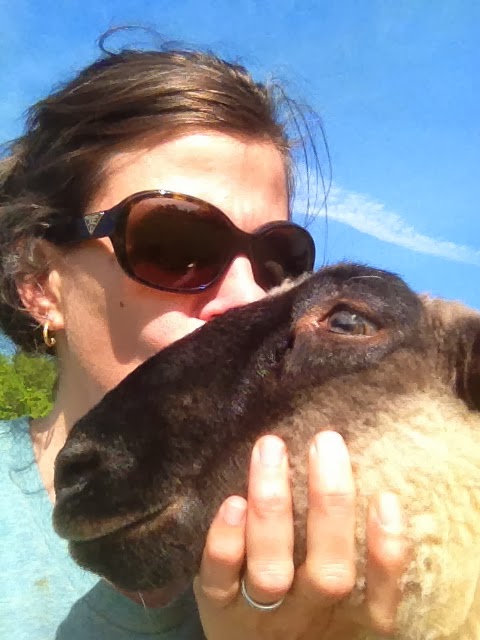 They grew and thrived up in the field. And though they didn't need us to look after them anymore, they ran to us when we came to see them, and enjoyed a hearty scratch behind the ears.

Two days ago, I got a call from Kitty that Johnny had died in the night. The cause of his death is a complete mystery to us, but we all shared the grief of his passing. My boys responded with various degrees of sadness-ranging from silence to an outpouring of tears. They all keep asking "Why?" One sagely remarked, "Well. That's just life." 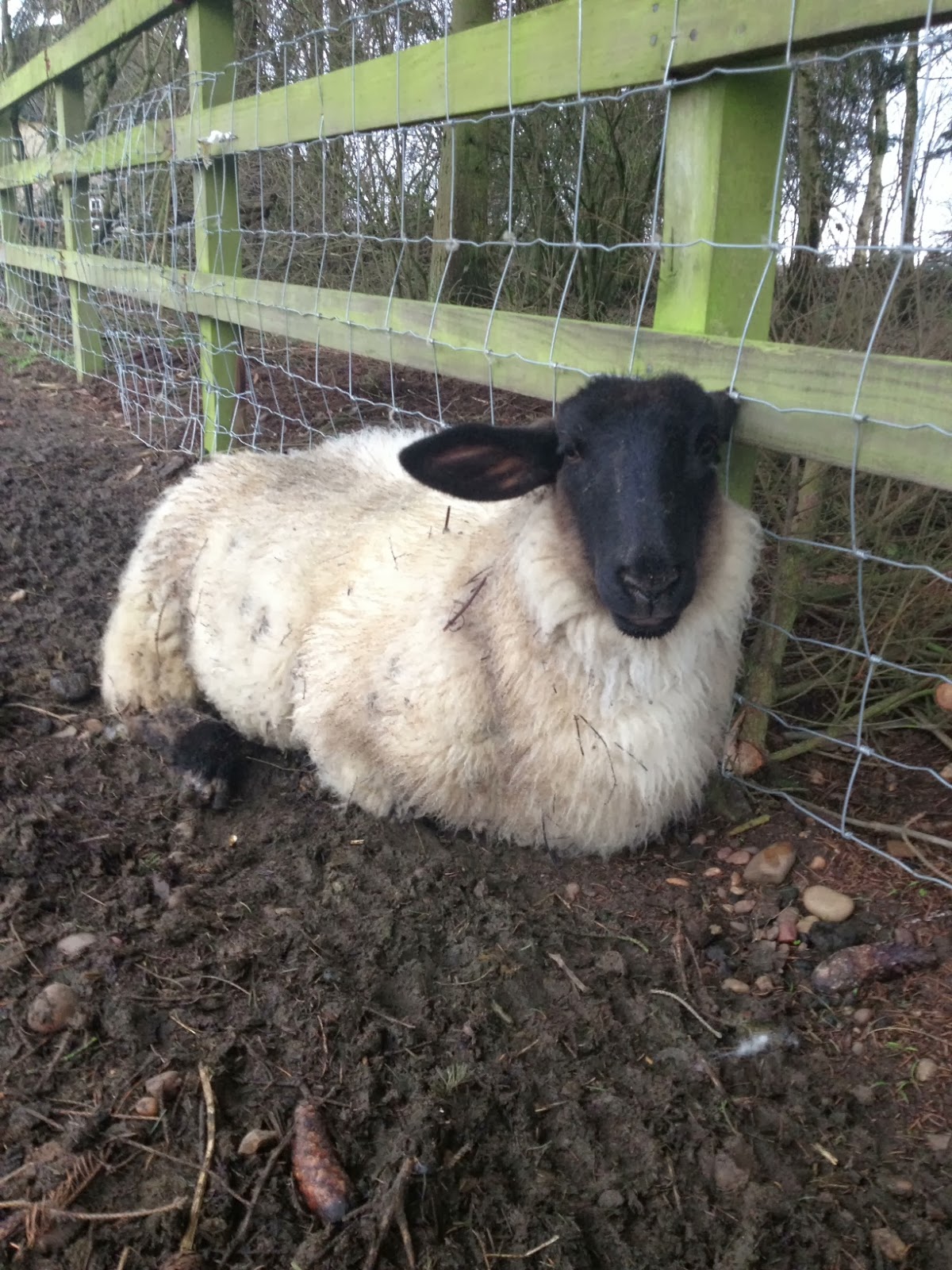 Violet (above) seems very bereft, and though she still has the company of the other animals in the field, she'll likely be put in with some other sheep with the hope that she can adapt to their company. Sheep are not solitary animals. The lambing season begins again in a month or two, and the kids are already asking if we can get new babies, even though they know there is no replacing the one we lost.

The boys also wanted to know what will become of Johnny, and I explained about his body returning to the earth, possibly helping a tree to grow somewhere that will provide shade for another sheep in the future. I don't know if this was the right thing to say, and they have their own theories about these things. But I think they're right about one thing, whatever does happen, that's just life.

Email ThisBlogThis!Share to TwitterShare to FacebookShare to Pinterest
Labels: life on the farm, loss of a pet, sheep