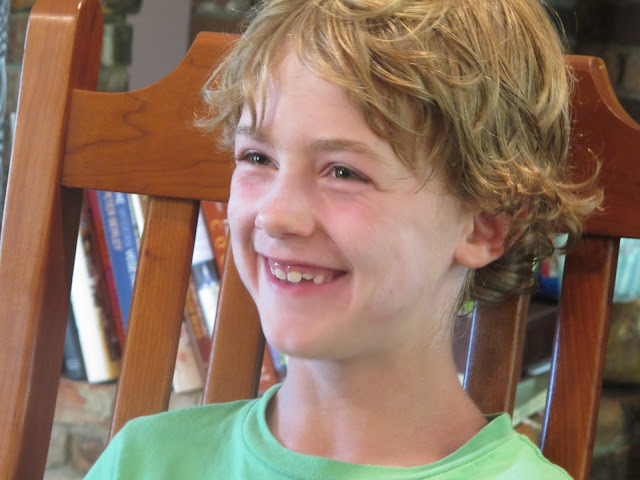 
My oldest boy Jake turned eight a few weeks ago. Because his birthday is smack in the middle of summer vacation, its always a challenge to get my act together to throw him a party that his friends will actually be in town to attend. On top of this is the issue of the party itself. As Jake and his friends get older, the pressure I feel to come up with a fun theme or activity gets higher. Parties in our neck of the woods typically involve outings to go rock climbing, play laser tag, cook a gourmet meal, cavort on bouncy castles on steroids, and the like. (And thats just the boys. Though I only have sons, I know all about your girls and their spa parties, too.) Out yourself as a person of a certain age if you're with me in remembering an 8 year old birthday party that looked something like this: you got slightly dressed up, went to your friend's house with a modest gift in hand, played pin the tail on the donkey (or similar), had cake and watched your friend open his or her presents, and you went home happy. (If you grew up in the suburbs like me and your lucky summer birthday friend had a pool, you were very psyched to go to a pool party, where you swam, ate cake, and went home happy.) Lest I be taken for a killjoy or party pooper, let me just say up front that I'm not criticizing any of the aforementioned activities as birthday parties. My kid loves them all. But I will take a moment to eviscerate the one element all parties we've gone to (and hosted) in the past several years have shared: the goody bag.

The goody bag. Its funny, because pretty much all of parents that I'm friends with are educated, socially responsible, morally upright people, who try to model those traits for their children. Yet with the goody bag, we manage to cancel out every message we've taught them about being a friend to the earth, about healthy eating, about what constitues a "treat", and about entitlement. When we hand around those bags of throw away plastic toys and even crappier candy (all packaged in plastic bags) to our children at the end of a party, we're reinforcing this insane notion that its the correct order of things that they be rewarded with junk after they've just had the privilege of going to a party. Why do we do it?

I've been guilty of perpetuating the goody bag crime myself. I didn't want to be the embarrassing mom who broke with the tradition that my kid's peers all expected. The crazy thing is that I bet a lot of moms feel the same way I do. Everybody does it, so everybody does it. Rather than yank the goody bag notion altogether and all at once, I'm taking the methadone approach to the detox. Last year for Jake's birthday, I handed out books as favors. The boys each got a "Lunch Lady" graphic book, the girls got "Baby Mouse". No one complained. This year we split the difference. Henry and I agreed that celebrating Jake's birthday at home with his brothers and I was enough, so we didn't organize a formal party. We gave him the Harry Potter Lego set he'd been dying for, went out for a game of mini golf, and had a cake that I baked at home. Jake and I also made a pinata together, which we filled with sugarless gum, Mini Legos, pencils, and Smarties (yes, plastic toys and crappy candy). Jake and his brothers each got a brown paper bag to collect their goodies in, and everyone stayed home, happy. I'm claiming progress, not perfection. 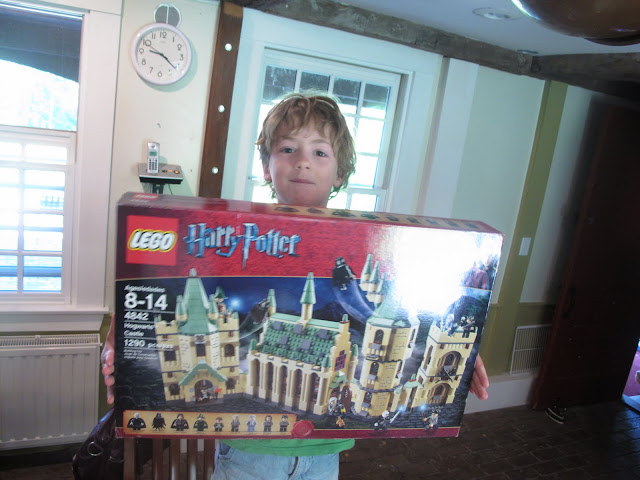 What Jake really wanted for his birthday: Lego Hogwarts Castle 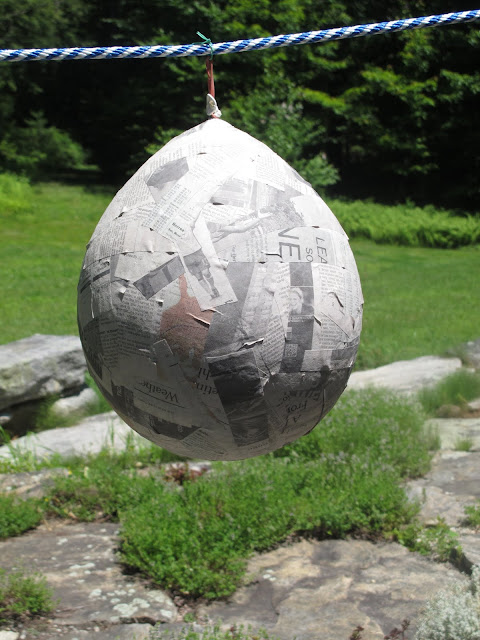 Jake and I made a very simple balloon pinata with newspaper strips dipped in water and flour. Here its hanging up to dry on the clothesline. 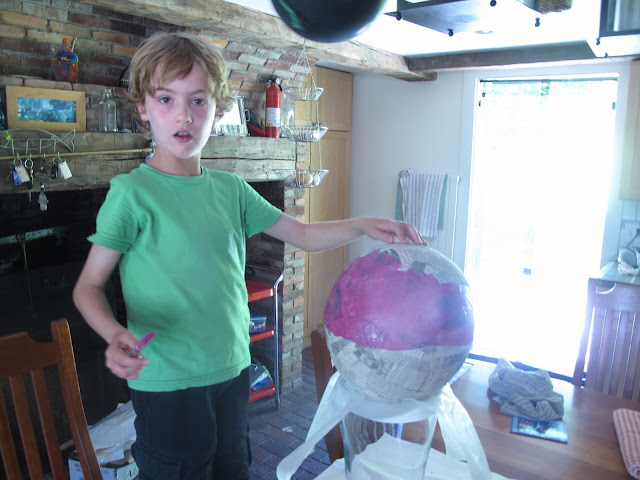 Jake painting his pinata. He chose his two favorite colors, pink and red. 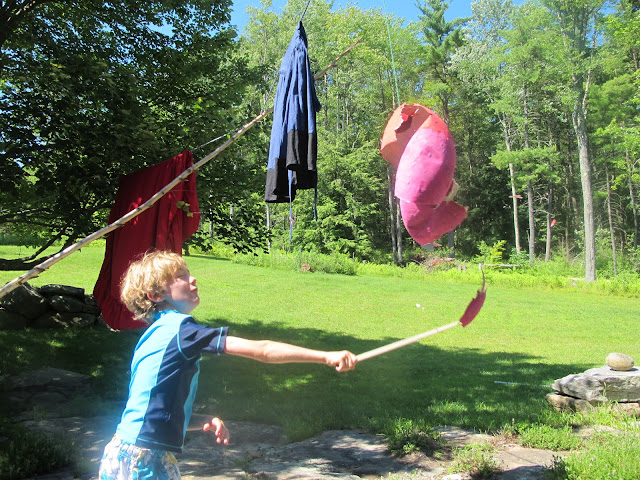 The final whack that busted out the treats. 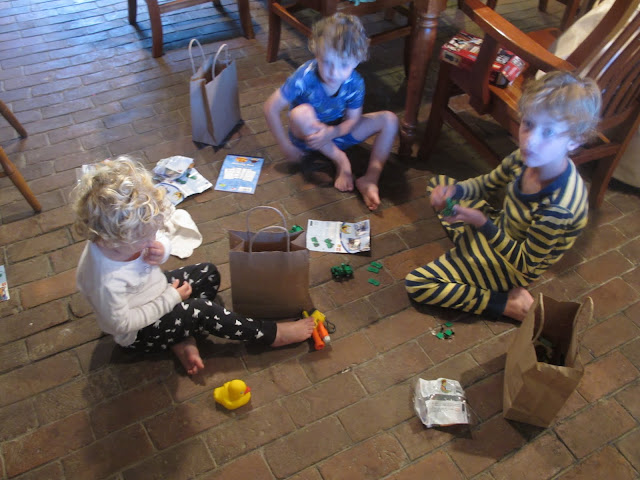 Divvying up the loot.
Posted by Leslie Astor at 8:31 AM