The Things They Left Behind 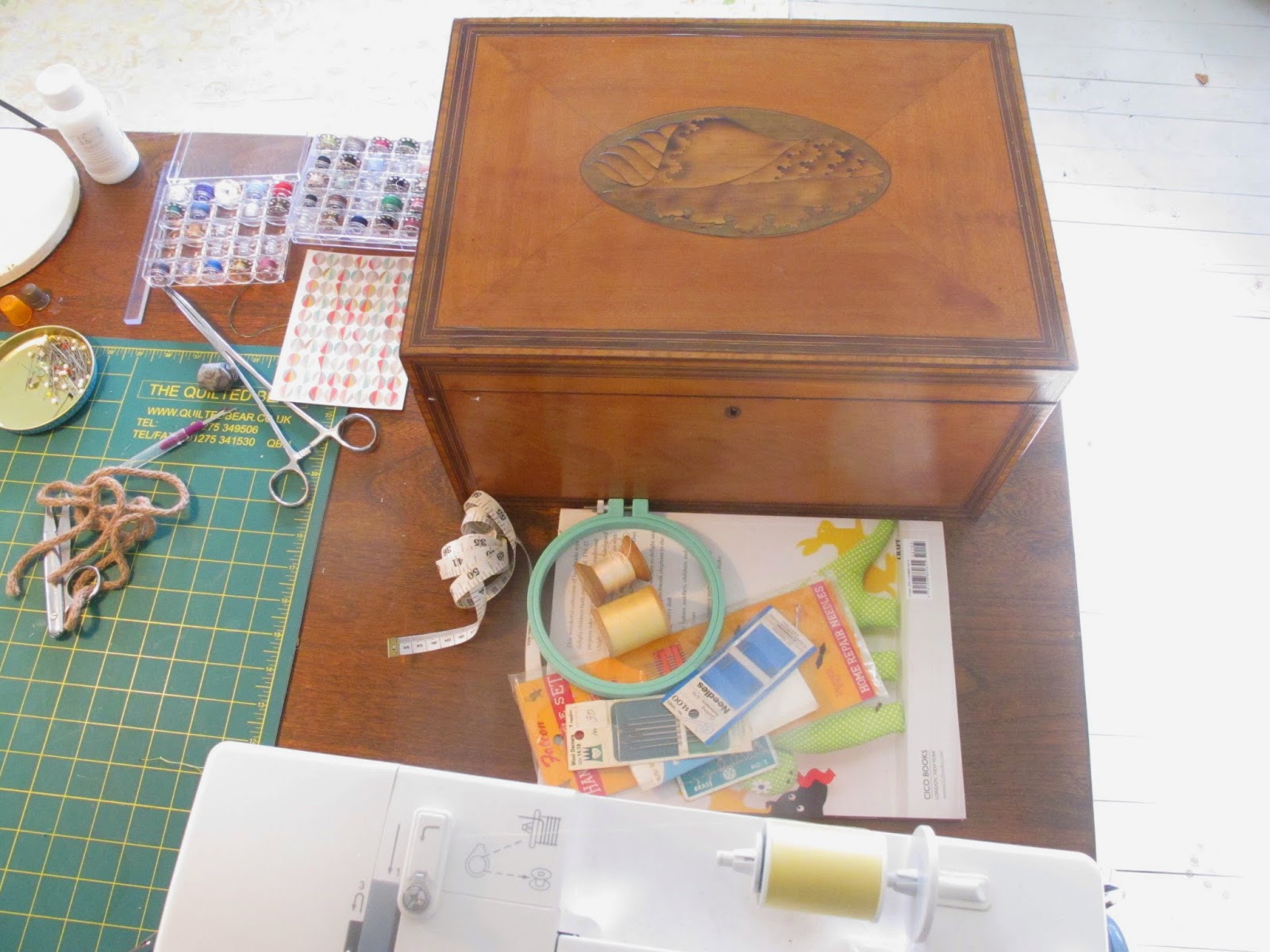 For Christmas my mother in law gave me this beautiful sewing box, which had belonged to one of my husband's grandmothers. I only ever knew Henry's maternal granny, Pam, a woman I deeply admired. She was of that greatest generation; a young wartime bride who engendered the know how and self sufficiency that defined the women of her era. She was an ambitious cook who routinely whipped up souffles, potted shrimp, and fish pies, an avid gardner who grew her own vegetables, and a prodigious knitter. After each of my boys was born, I'd get one of her lovely hand knit baby jumpers in the mail. When I first removed them from their packages, they always smelled of Embassy cigarettes, a fact I somehow found endearing. (For her great granddaughters she made exquisite hand smocked dresses.)

My own grandmothers were both crafters as well (though at the time they never called themselves this-making things was mostly born of the exigencies of life). My mother's mother (and her mother before her) was a quilter and also dabbled in embroidery. She never used a machine to sew or quilt, and as I grew up I understood machine quilts to be somehow inferior to hand stitched ones. I have two that my great grandmother made; they are among my most deeply valued possessions. After my grandmother died a year and a half ago, my sisters and I helped my mother sort through her things. I took with me a cast iron skillet, in which she made her cornbread, and some things from her sewing box, including some needles, wooden spooled threads and an embroidery hoop (pictured below). Before she died, my grandmother passed along a partly embroidered tablecloth that her mother had started working on. I accepted it reverentially, and promised that I would finish the job.

When I'm working alone in my studio, these women and others like them often come to mind. I reflect upon the fact that the make-do-and-mend mentality was for them a given rather than a chosen ethos. I marvel at the fact that they managed to make so much, even in the absence of the abundant time saving devices that free me up to, ostensibly, do more. And I also experience gratitude, for the things they left behind. 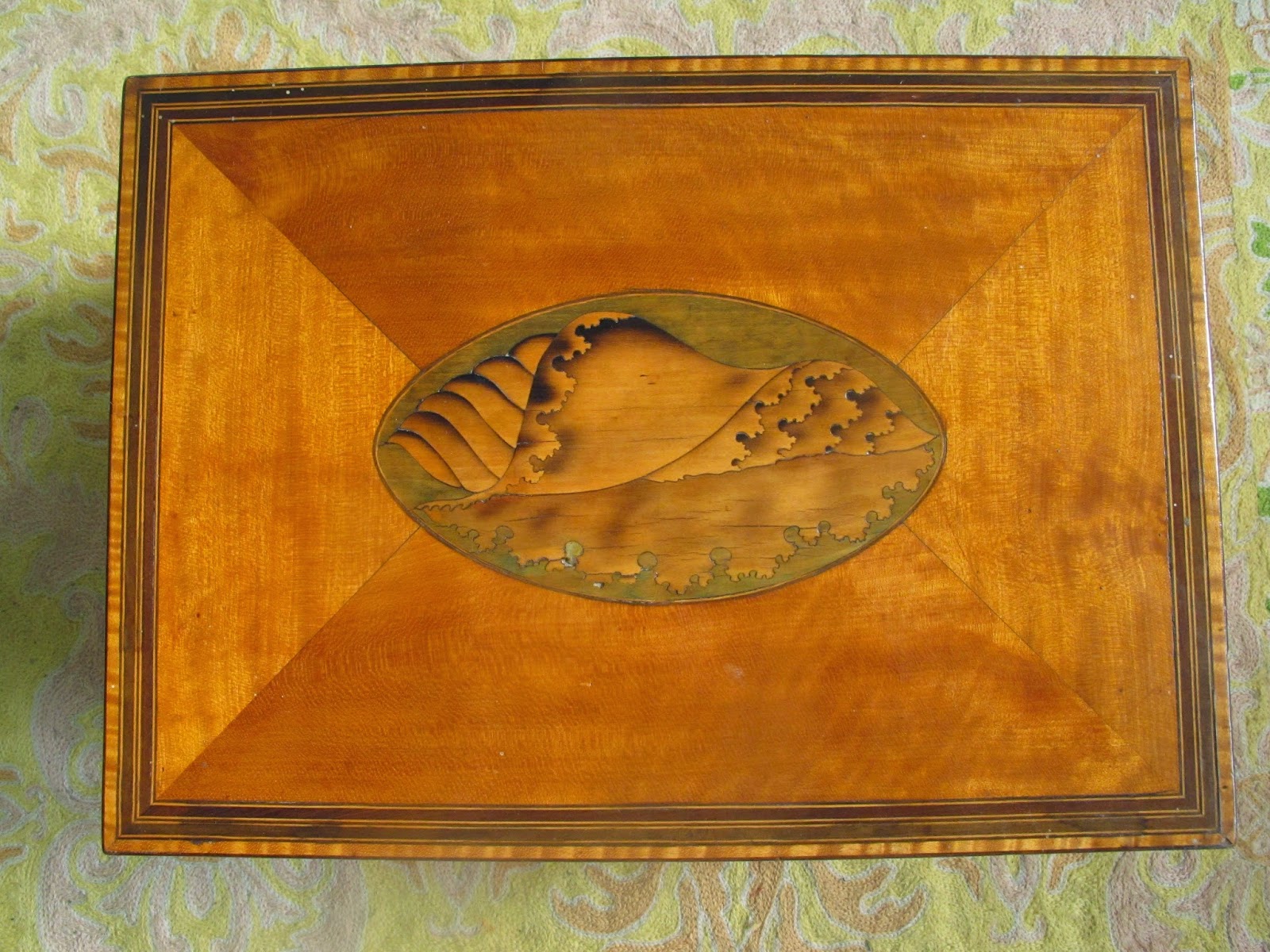 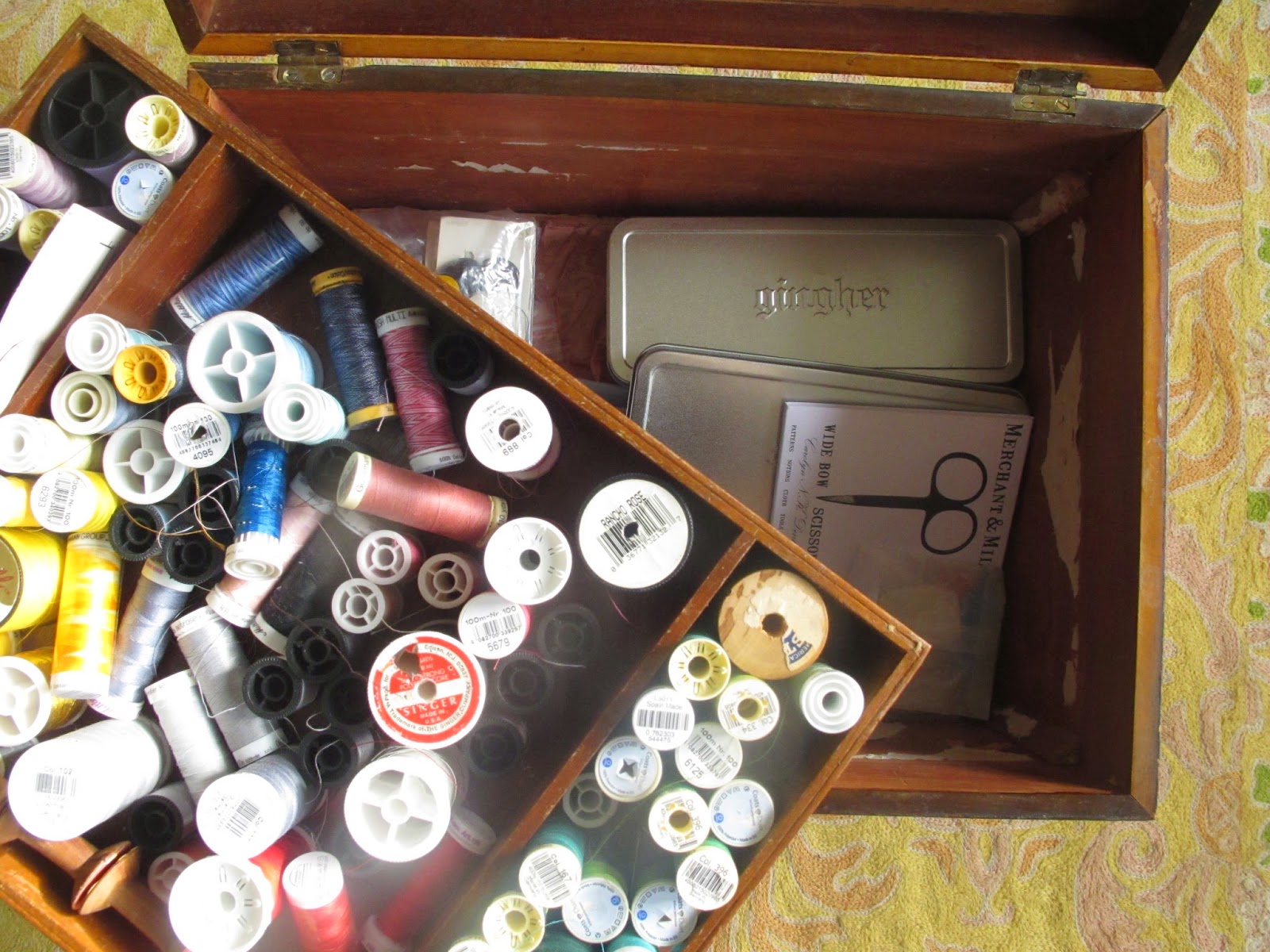 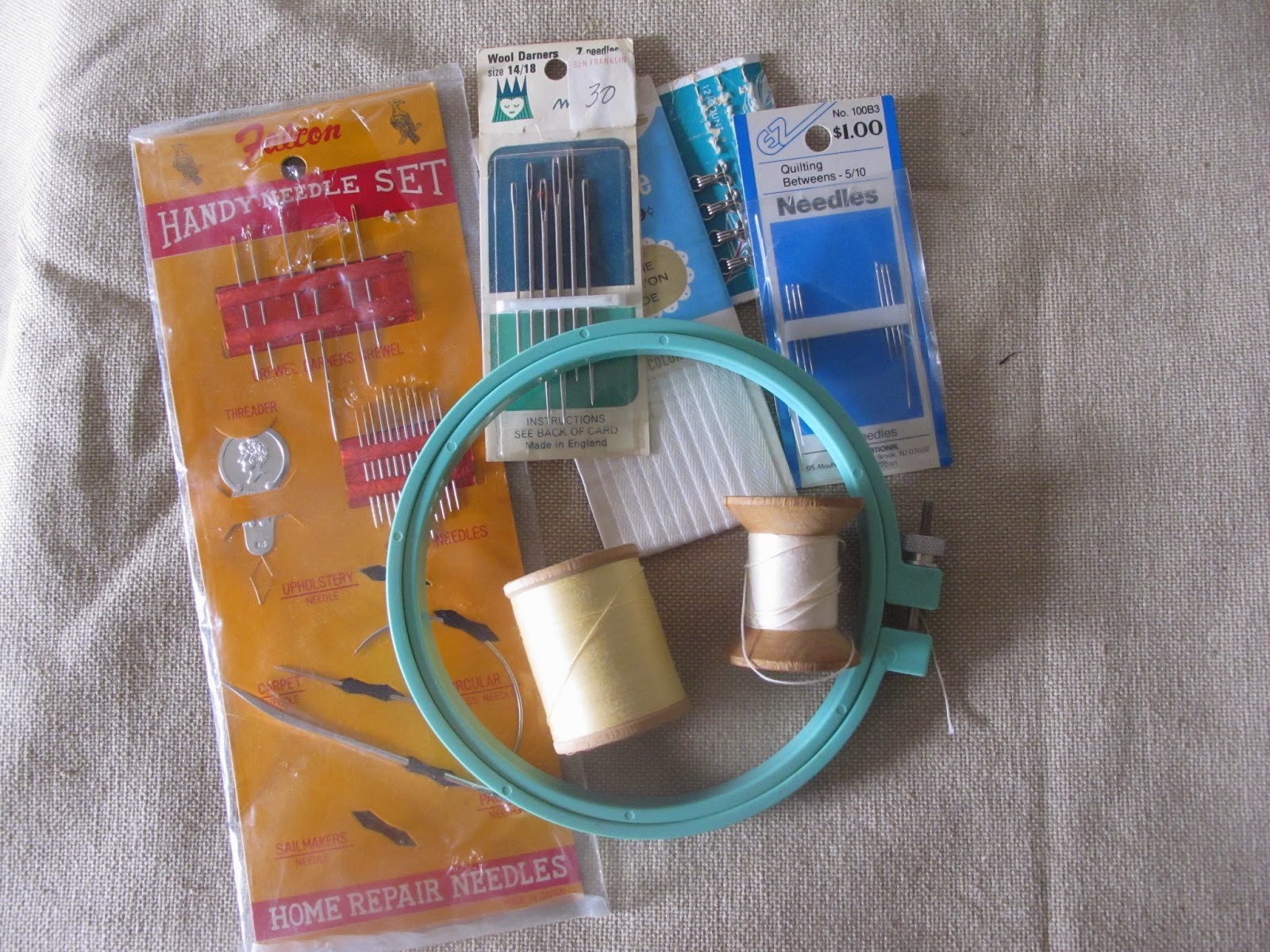 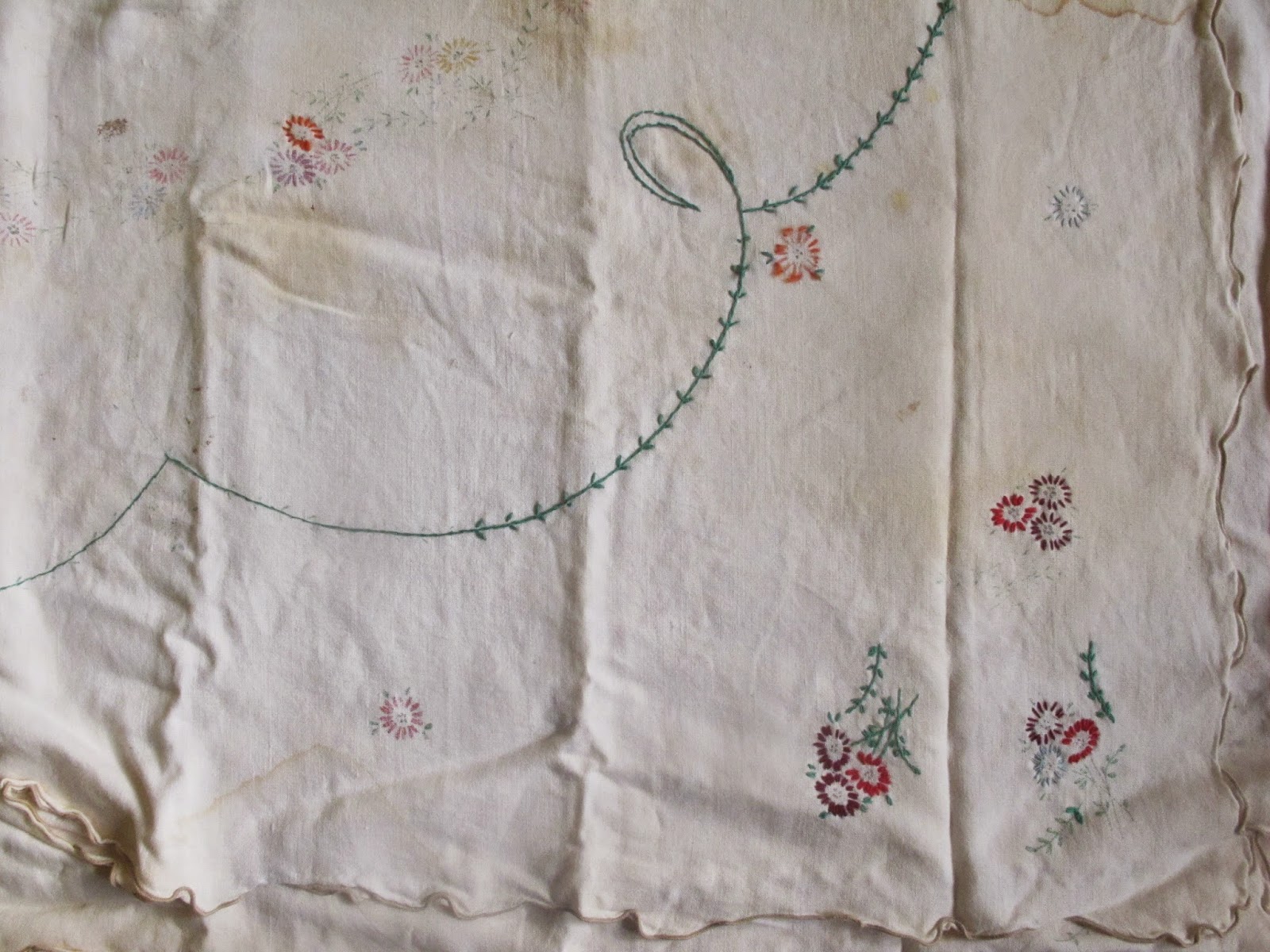 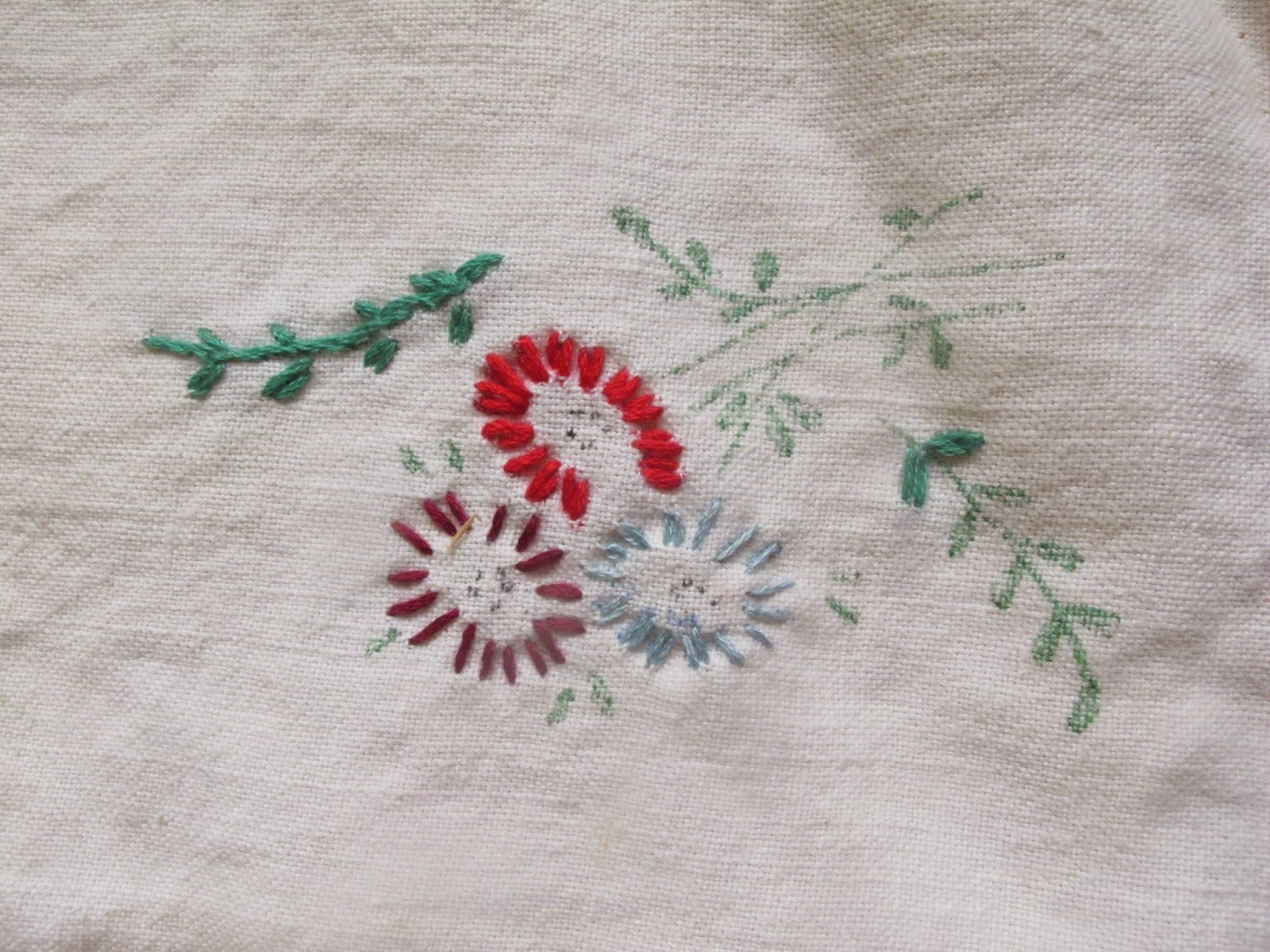 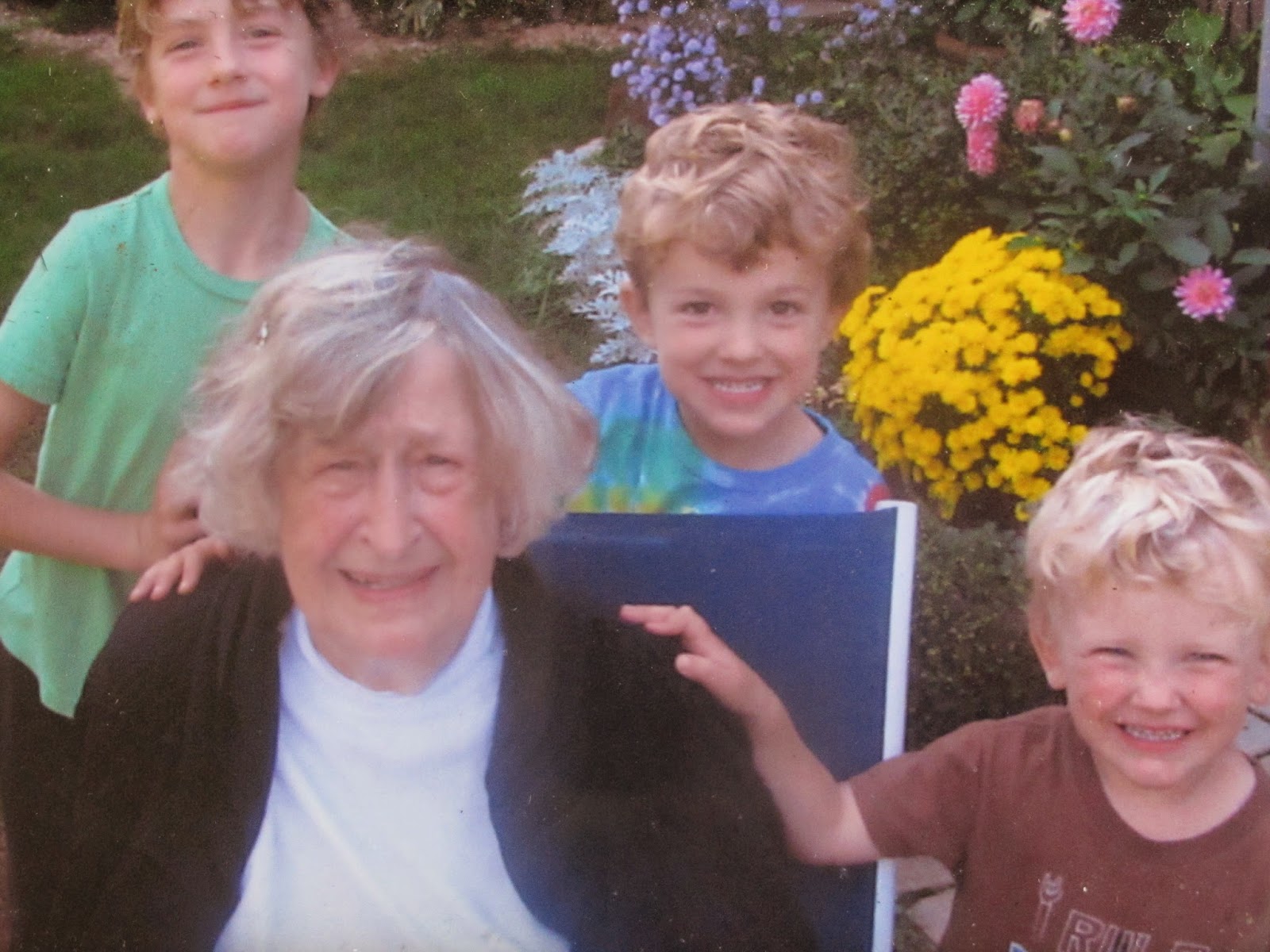 My maternal grandmother, Violet Mail, and my boys in 2011.
Posted by Leslie Astor at 1:12 PM