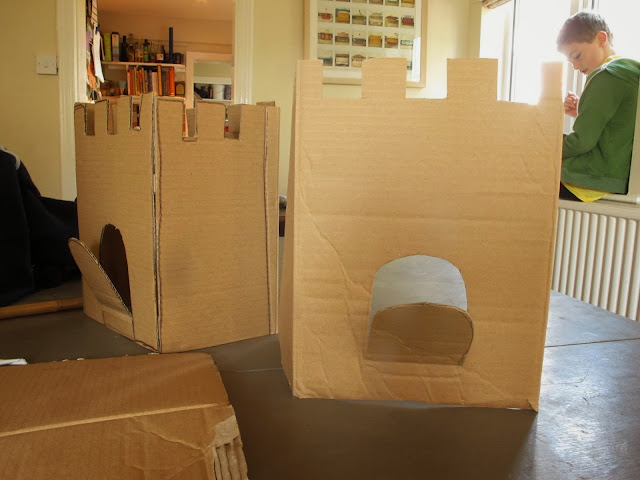 In part because Christmas is coming and also because we live in the boonies and order stuff online quite a bit, we have a bumper crop of cardboard in the recycling bin this week. Today we were hanging around at home and Charlie, who has been studying castles and knights at school, asked if we could build a castle. He wanted to make it out of play doh, but I convinced him that cardboard would be a little more structurally sound. 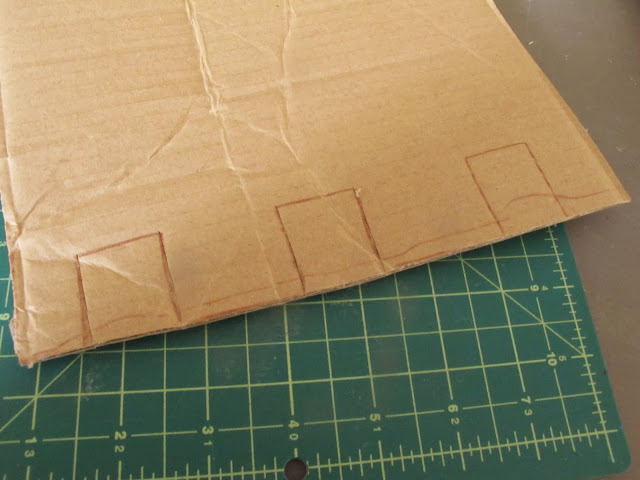 I'm not much of an architect but my kids aren't all that demanding about these sorts of things. I cut up some boxes with an Xacto knife, cut out some rectangle shapes along the top edges, and cut out some drawbridge doors. 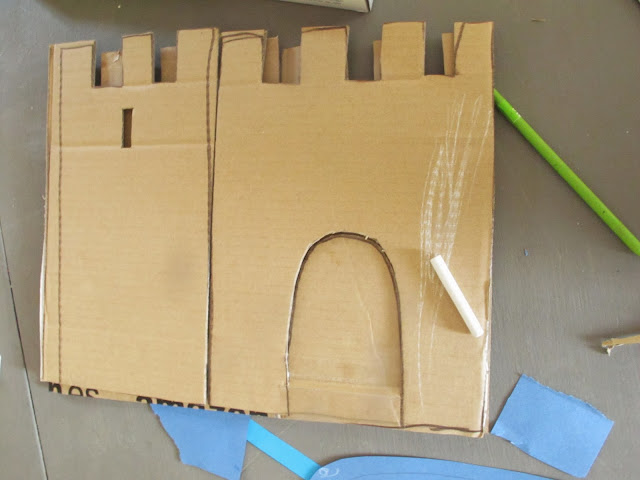 The little slit windows were Charlie's idea. He also wanted to include a keep, but then got sidetracked making little flags. 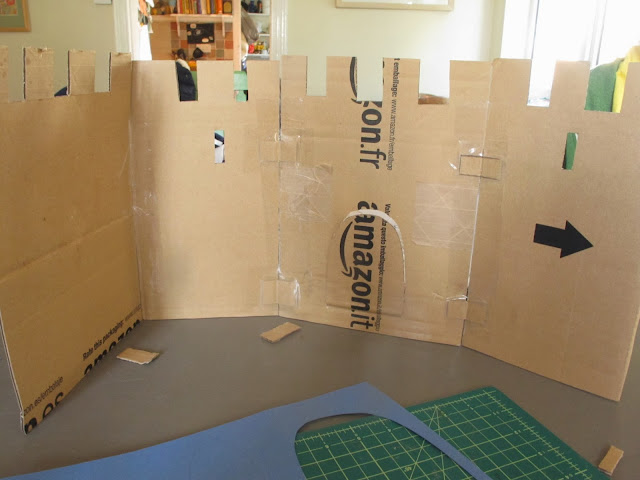 Above is the inside part, which I attached with cardboard tabs and then bigger strips of tape. 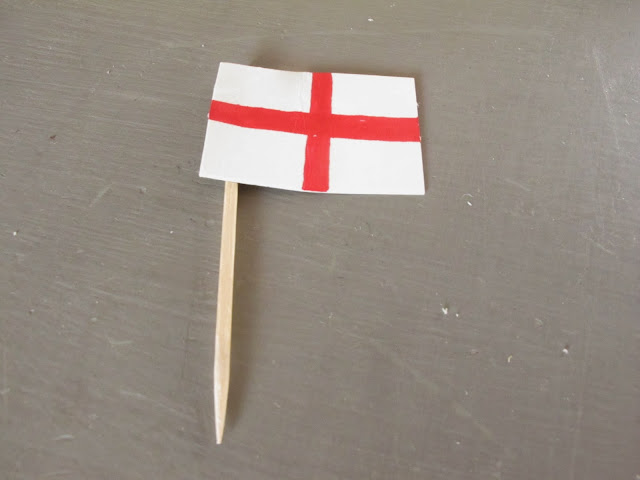 And here is Charlie's St. George's cross made with a toothpick and tape. 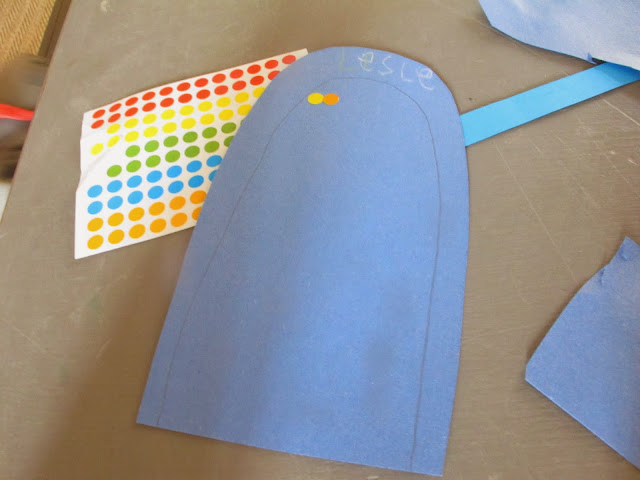 Charlie was so pleased with my level of compliance today that he made me a sticker chart. I now earn a colorful dot for each new thing I make for him. I'm not sure what I get to cash them in for later, but its definitely an effective motivational tool. 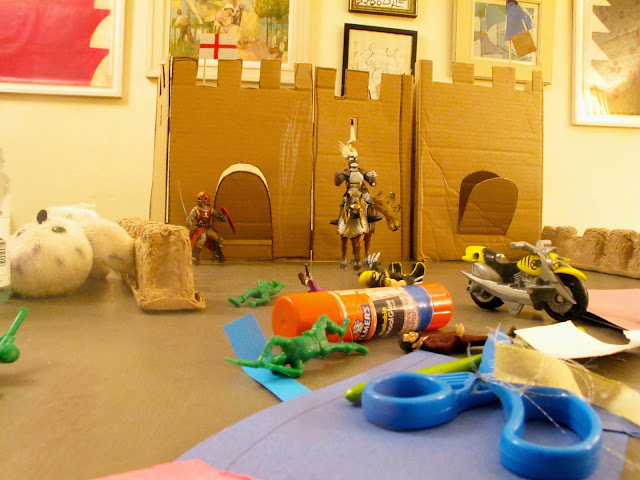 This was the dining room table tonight before everyone went to bed. The zest for building and embellishing the castle had given way much earlier to actually playing with it, and some knights and other action figures were enlisted into fierce battle.

Cardboard structures are a frequent go-to crafting project at our house. There is generally a steady supply of material at hand, we don't need much in the way of other materials (usually some tape, a cutting mat and xacto blade, and some imagination). Often their request for cardboard toys follow a current interest. For instance during their Wallace and Gromit phase last year, they wanted a to build a rocket ship after watching "A Grand Day Out". Here's what we came up with for that: 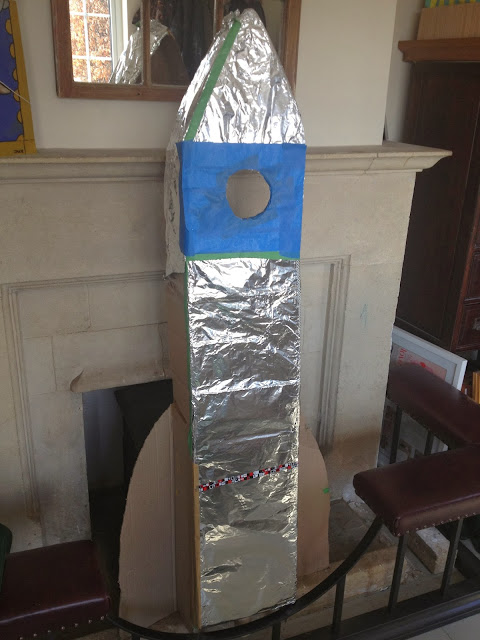 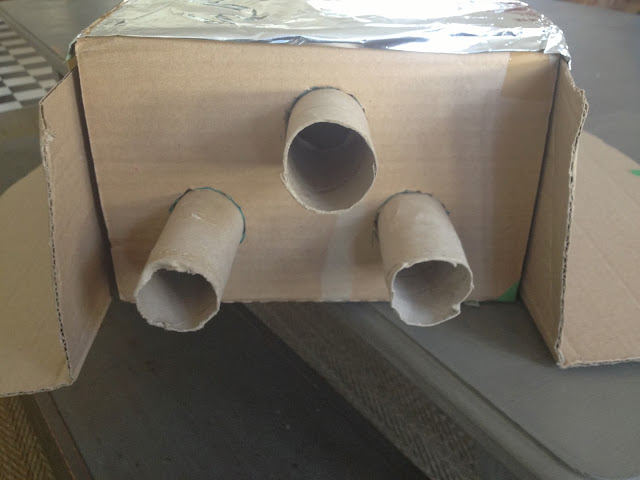 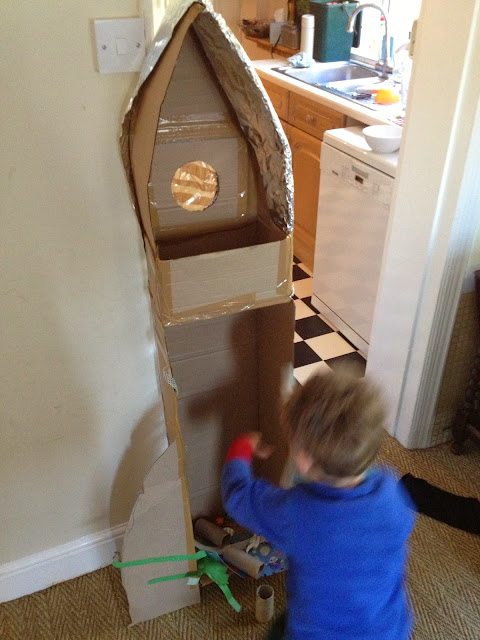 One of the other great things about cardboard toys? When the novelty of playing with them wears off, they go right back into the recycling bin.
Posted by Leslie Astor at 12:37 PM