The Lure of the Local 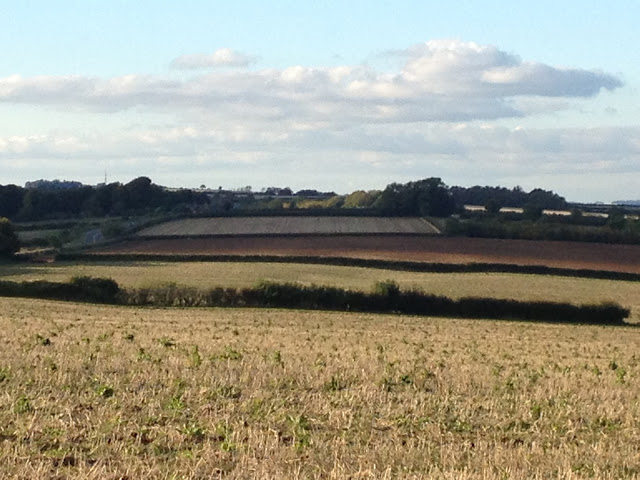 If we were still living in America, we'd have no doubt by now had our annual outing to our favorite orchard in western Massachusetts, where we'd pick our own apples and pumpkins, drink too much cider and eat too many cider donuts. This year the landscape is a little different, and we've been picking fruit all over the place. From the side of the road, on public footpaths, and from fruit trees on the family farm. There is really nothing like fruit from the vine, which is something we just didn't get enough of as city dwellers. The other day, Jake and I were running errands when we pulled over on the side of the road to do one last bit of blackberry picking before the season ends. The view above was from where we parked the car, and the road ahead was lined with bushes like these: 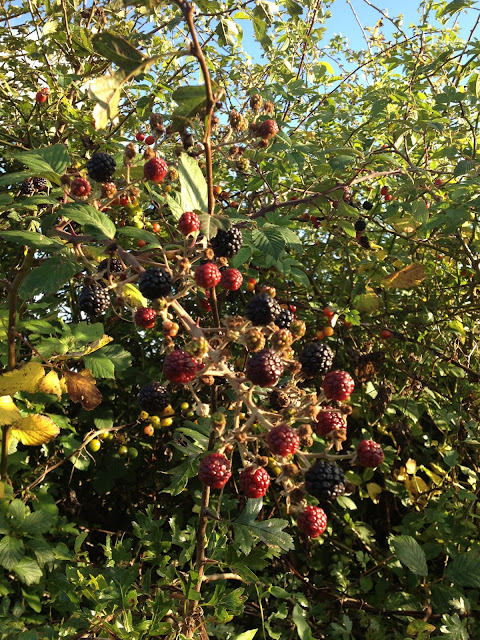 Jake was a bit like the little girl in Robert McCloskey's "Blueberries for Sal"; one berry in the bucket, and a whole handful of berries in his mouth. 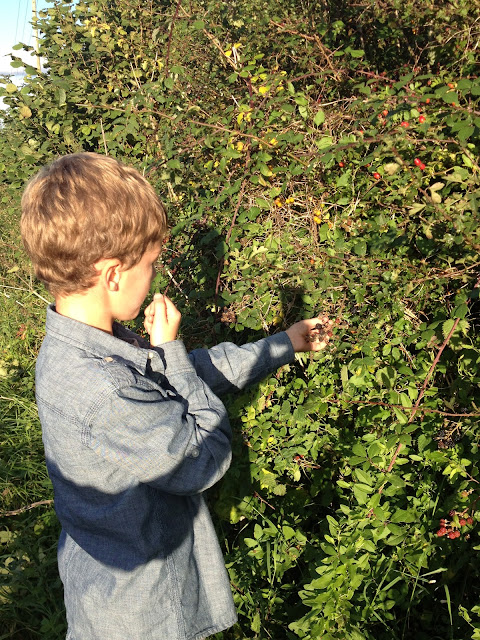 But in no time, we filled our modest little container, and headed home. 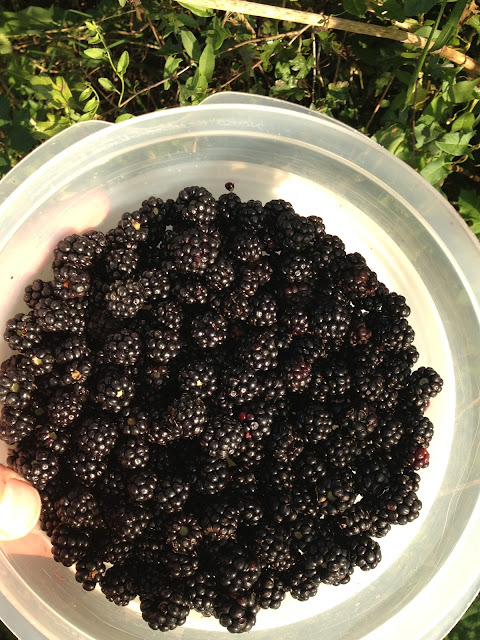 This morning, Michael came with me to my studio, which is situated on the property where we're going to be moving soon. (Either to renovate a little house that sits there now, or to build something new-long story, more will be revealed.) In the garden in front of the house were these little beauties, which we grabbed a few of on our way out. 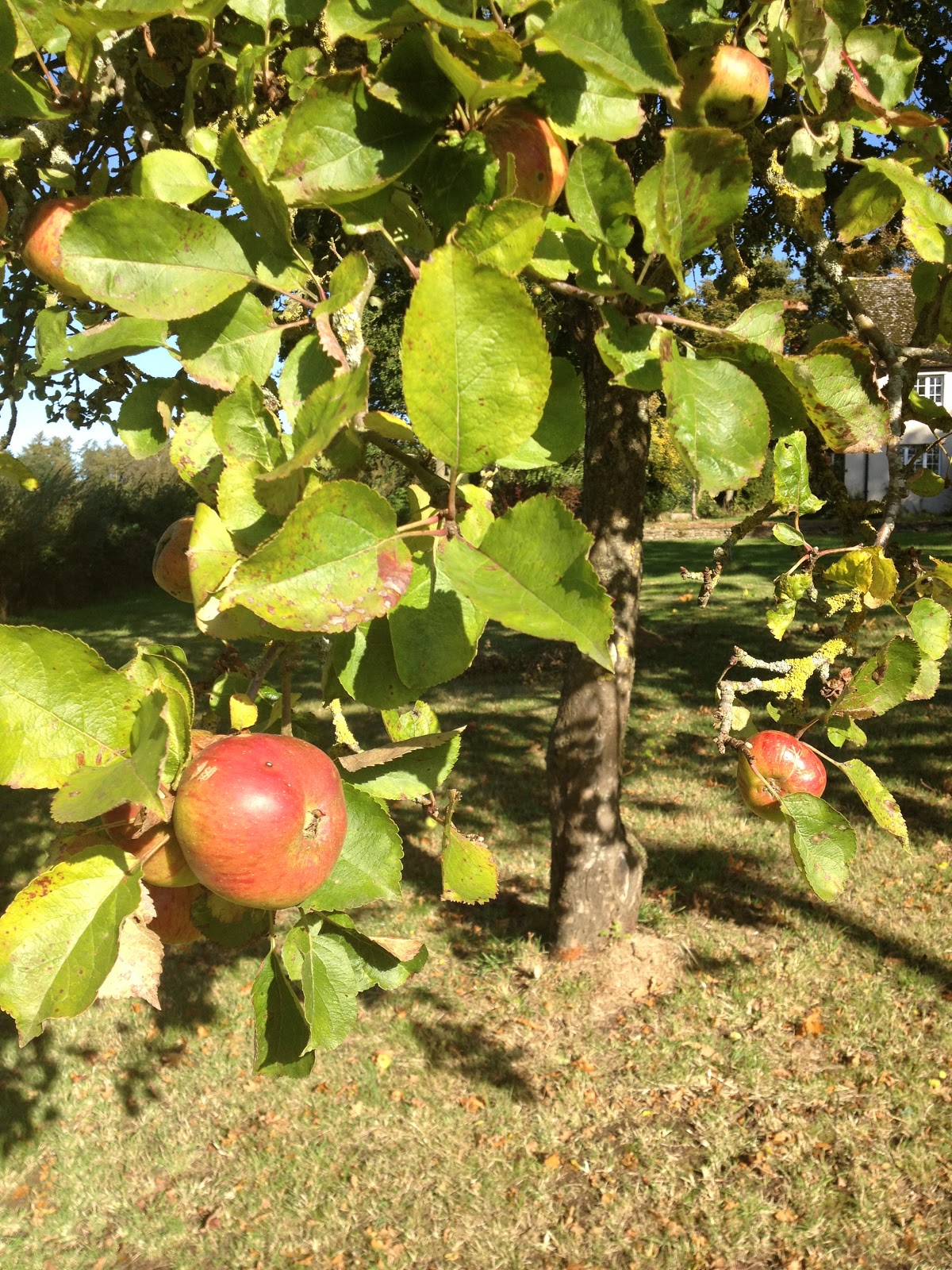 The ones on the ground are usually pretty good, too. 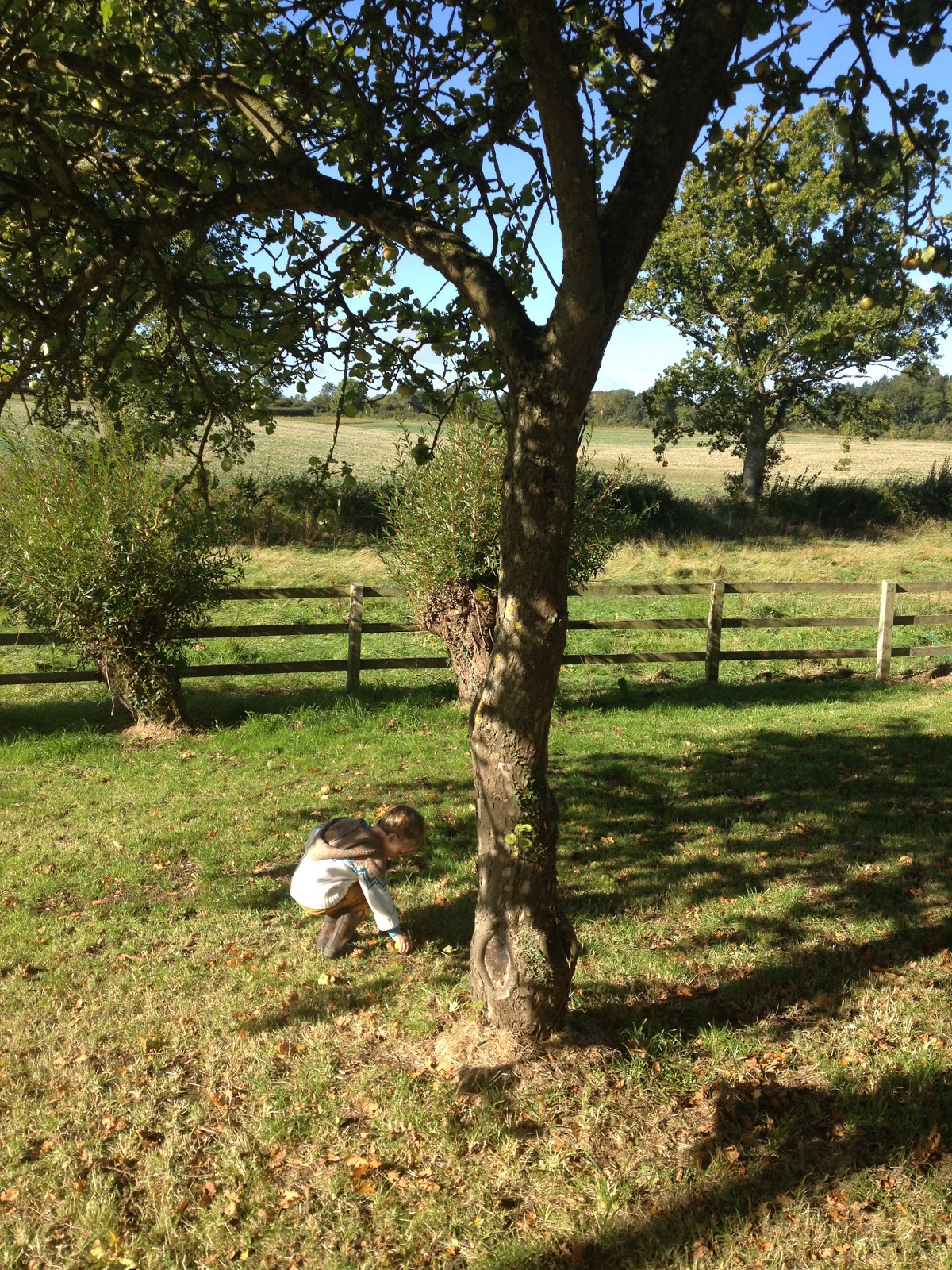 Also, Michael found what looked like the last rasberry on the scraggly little bush outside of our kitchen. I've been eating them for the past month. 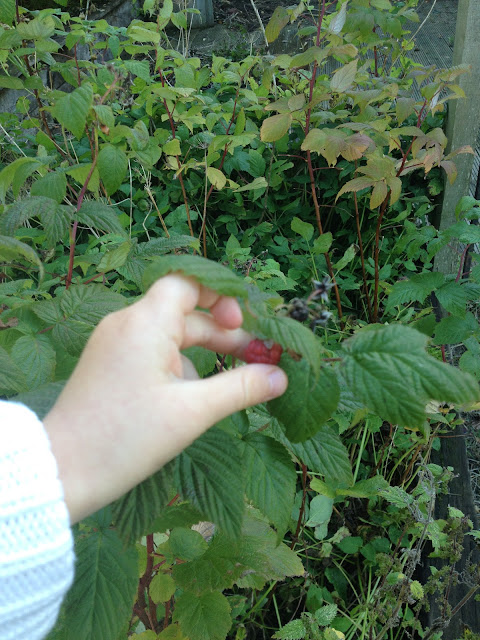 When we got home, we set to work making an apple and blackberry crumble. I recently made my very first pie crust from scratch, thanks largely to the Magimix that my husband's late grandmother left to me when she passed away. (I was so touched by that gesture I nearly burst into tears when I found out about it.) Between all the fruit we've been gathering and my newly acquired baking skills, I've been making a lot of crumbles lately. 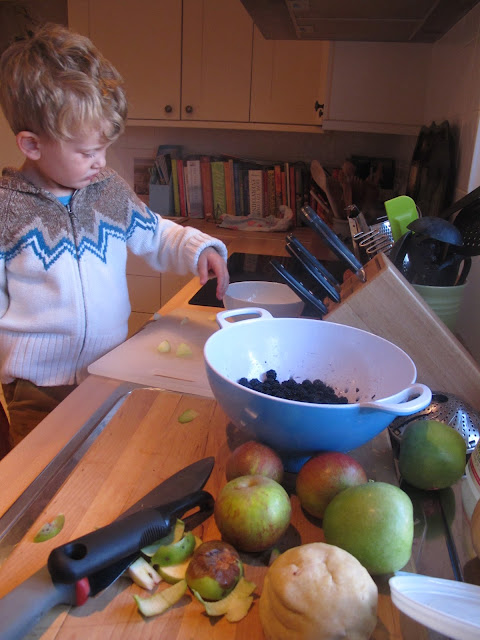 Michael was my apple chopping helper. 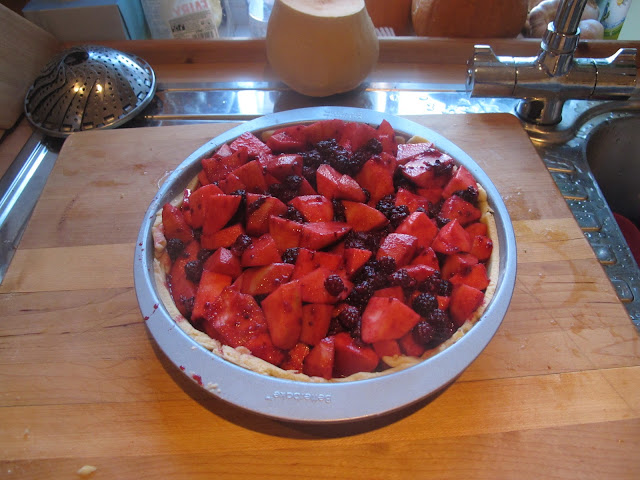 Here's the mixture in the crust. 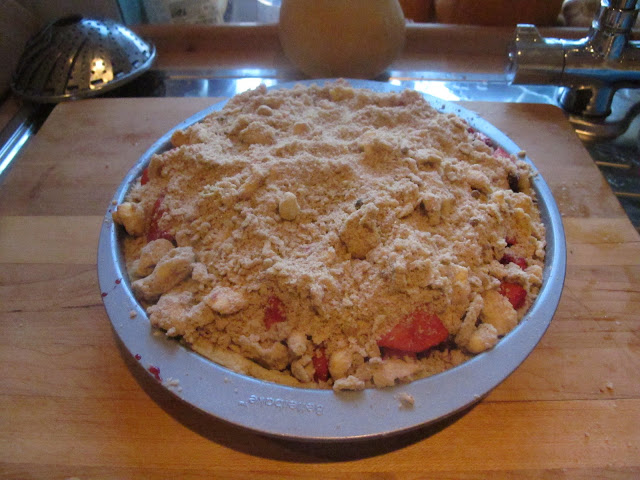 And here's the crumble topping, which I got from Martha Stewart's Pies and Tarts book. 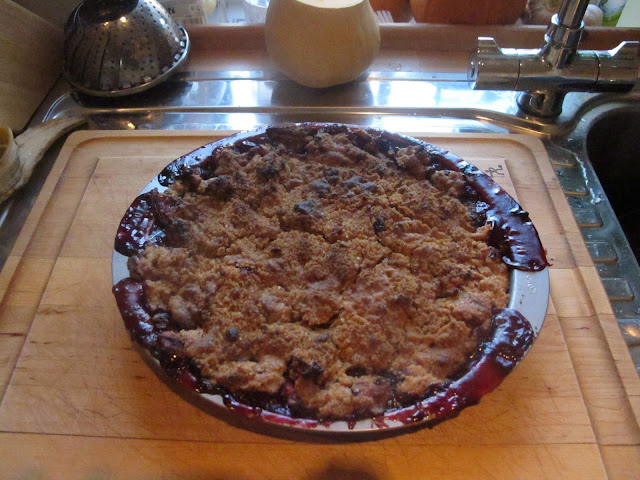 And here's what we're having for dessert (sorry, "pudding") tonight. Yum, yum.
Posted by Leslie Astor at 7:59 AM