End of An Era 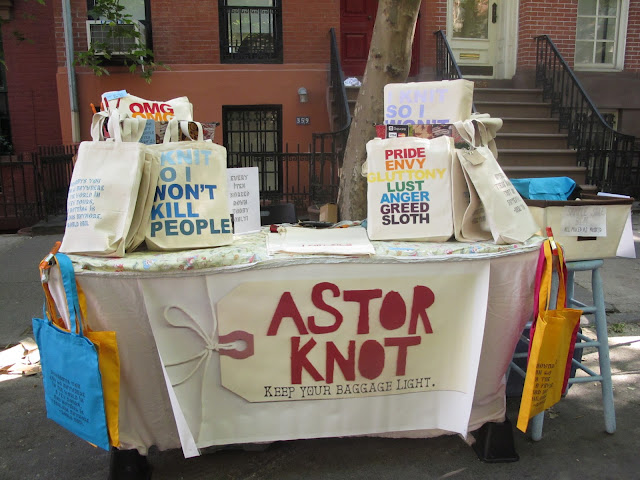 This was my table at Crafts in Chelsea, a wonderful craft fair that my Etsy New York team puts on twice annually, as a fundraiser for the local public school. I don't typically post about vending at fairs, but this one was pretty significant because its the last craft fair I'm doing in the U.S. before our big move to England in (gulp) two months time. 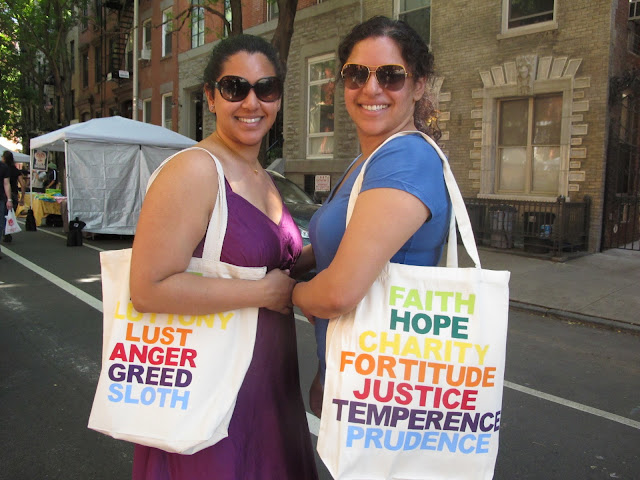 I also totally had to post this picture of my favorite customers of the day, these two sisters who each bought one of my totes. Apparently sister number one, carrying the 7 Deadly Sins tote (pride and envy and a bit of gluttony are hidden under her arm), is the more virtuous of the two. But maybe sister number two can aspire to the 7 Heavenly Virtues she's parading around, even if she's a bit of a sinner.