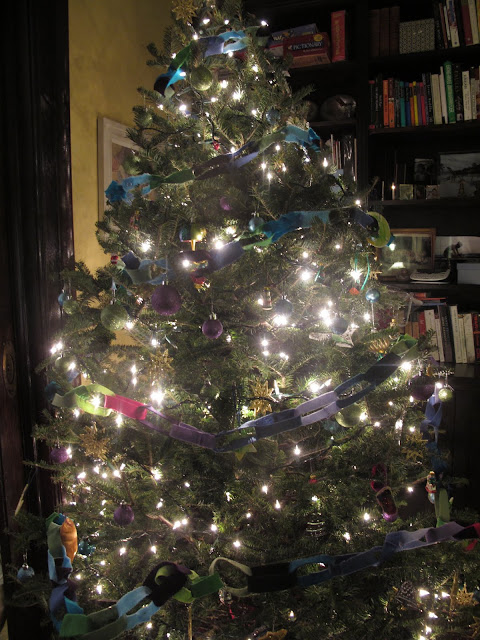 I'm posting today's craft a little on the late side today, since I was selling all day at the terrific Brooklyn Craft Central Holiday Market. Its always such a treat for me to spend a day hanging out with other crafters and getting to talk to my customers live and in person. Here's a shot of my booth: 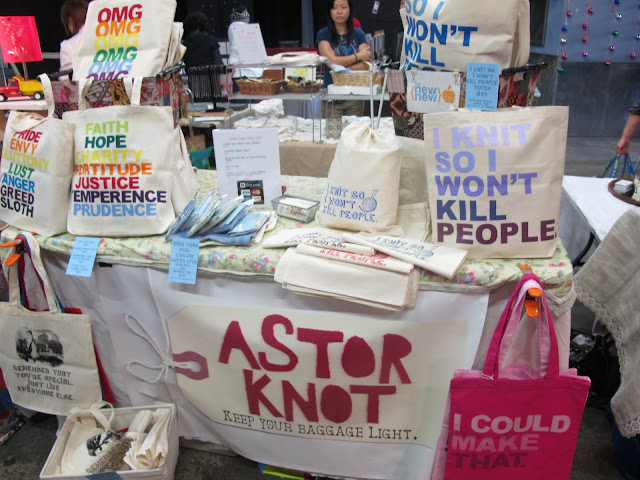 So I wanted to pick a craft today that I could pick up and put down while I was working at the fair. I remembered my bag full of felt strips from a garland I had started making for my tree two years ago, but never finished. At the time my son Jake was taking rock climbing classes twice a week after school, and I'd work on the garland while he bouldered and climbed walls painted to look like the Brooklyn Bridge. Now I bring travel crafts with me to Tae Kwon Do. Anyhow, to make my felt garland, I started with a bunch of sheets of felt. 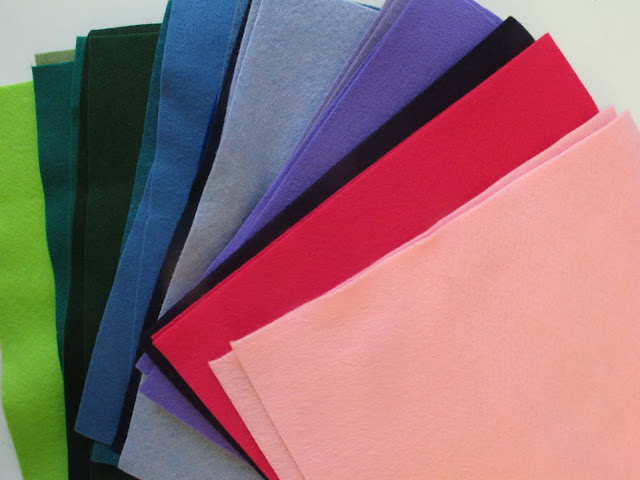 Originally, I cut out the strips of felt using pinking shears, because the zig zag edges added such a nice decorative touch. But since I wanted to finish this project a little faster, I used a self-healing mat and wheel cutter to whiz through the cutting process. 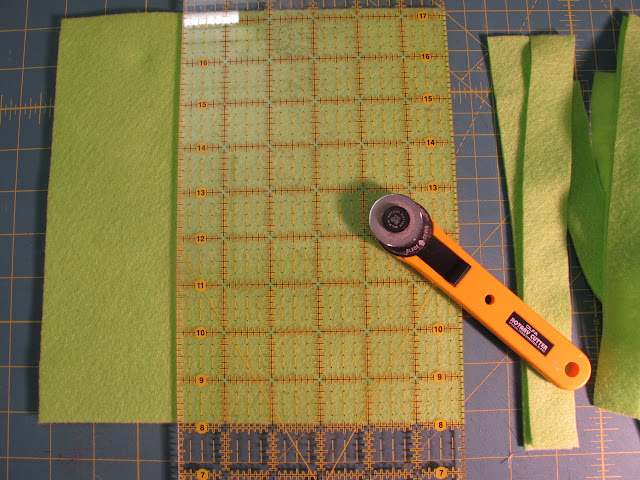 In no time I ended up with this: 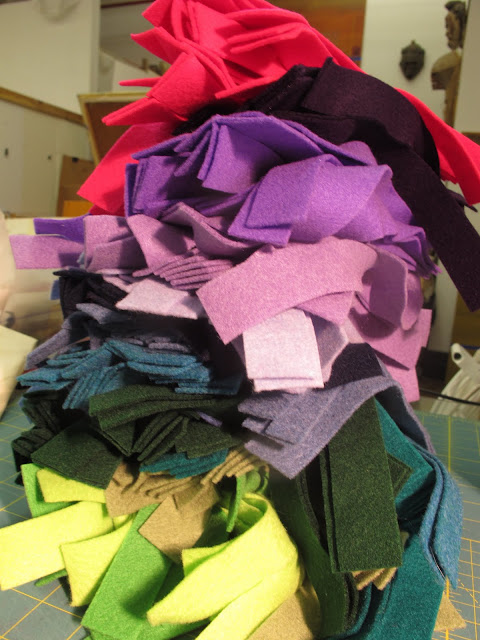 Before I began sewing the garland, I laid out a bunch of strips in the order of how they'd be sewn together. I chose a pattern of colors to repeat, but you could opt to do a random pattern too. 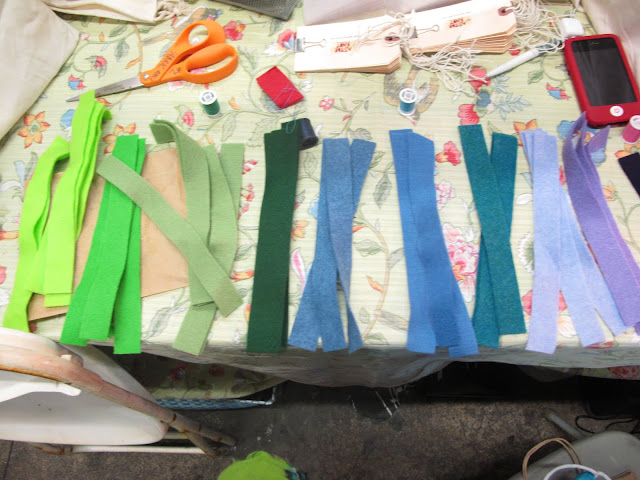 I closed my rings using a running stitch, which seemed a little faster than sewing with a regular straight stitch. 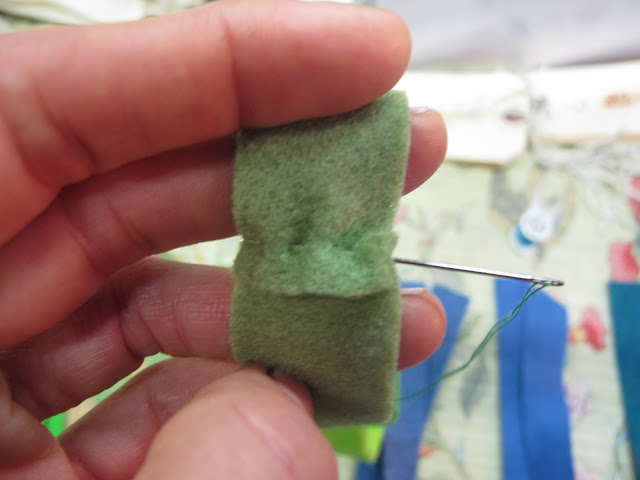 Soon I had a beginning: 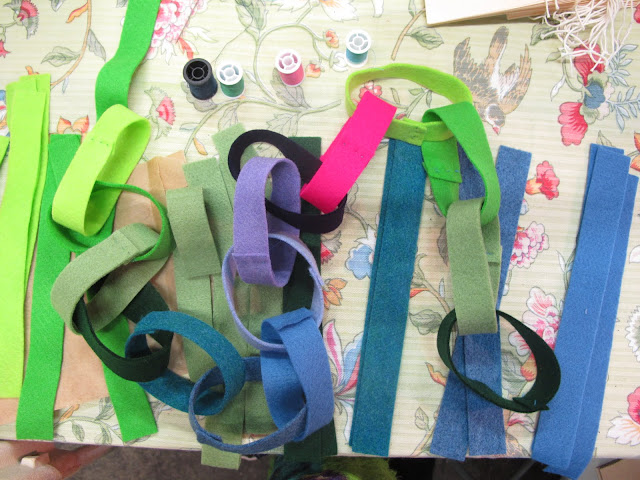 And I worked on it little by little throughout the day. 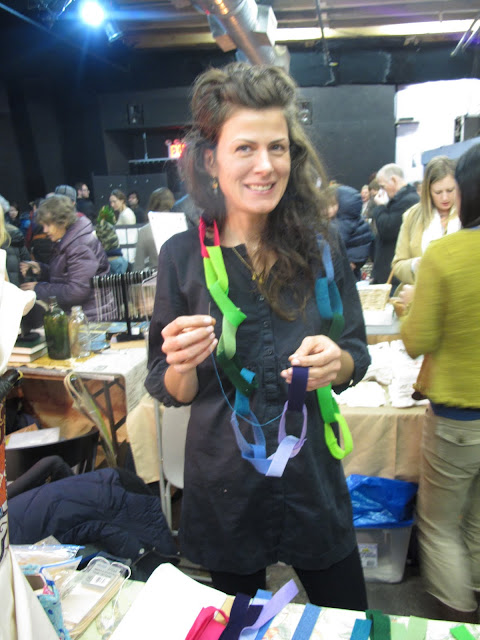 When I got home, I attached the old garland to the new one. Its just about long enough to wrap around the tree, but I think I'll make another few yards so I can get more coverage. You can also make a shorter garland and hang it in a doorway or along a wall, but I love the way it looks on the tree. 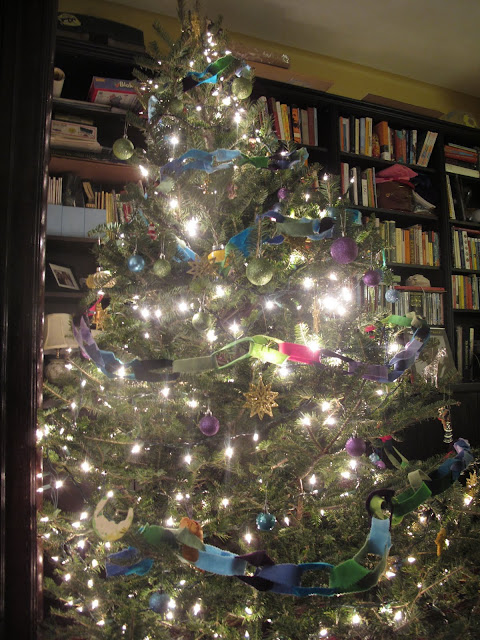 If you have the time or the inclination, (I seldom have both at once), you can also embellish your garland by closing each circle with either a button or a fancy bit of embroidery. I did this on my first length of garland, but didn't finish the whole thing this way. 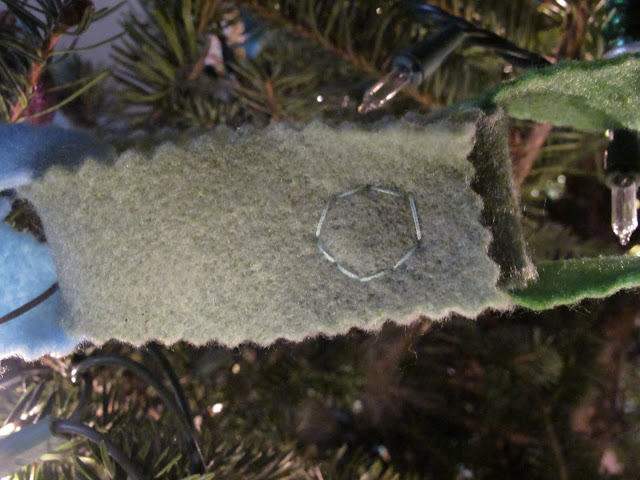 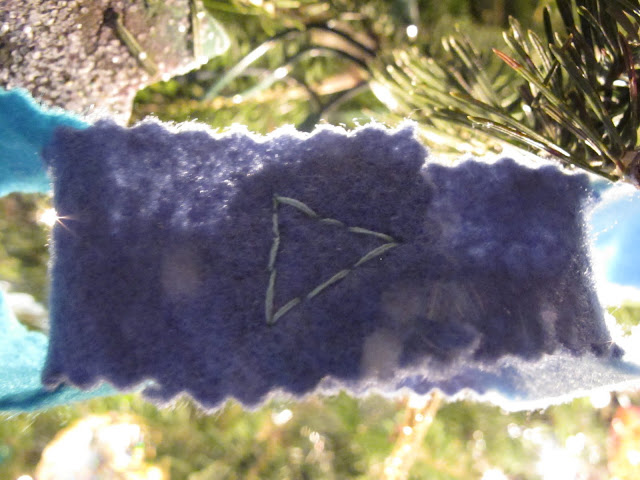